Fun at the Retreat

First a quick update on the concussion.  Although it is not as bad as it was two months ago, I don’t seem to be able to get past the stage where I can do normal activity for about three hours, then have to have a nap.  And if I push it to four or five hours then it takes a couple of days to recover.  I am off work for two weeks and will not be going in at all, am limiting my computer time to three one hour sessions a day and trying to rest, rest, rest.  I am sick of this!!

My new blog header photo is of a volunteer viola that popped up in my pot of chives.  Good thing there is a little bit of spring showing up because mostly it is hiding out.  This is what it looked like here on Thursday. 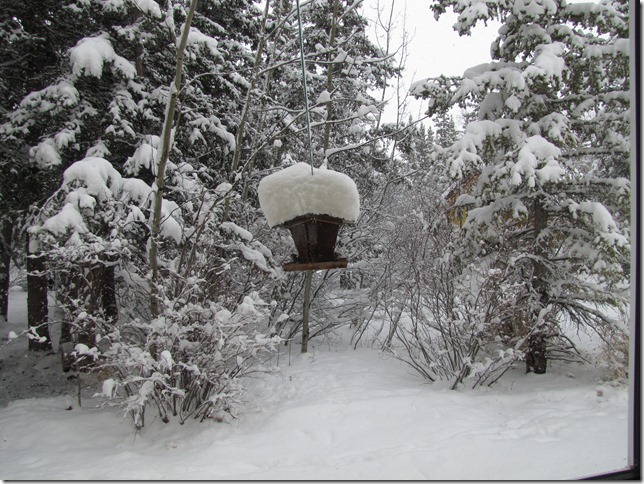 But the sun is out today and the snow is starting to melt again.

I was thrilled with how much I got done at the retreat despite having to nap and being overwhelmed several times.  First up, my Simply Solids swap block for April.  This fairly simple paper pieced block designed by Lisa just about did my brain in, but ta-da… I did get it done… 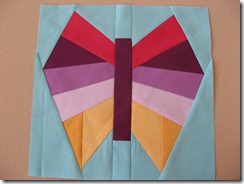 Then I made this two very easy blocks for Caroline in the 6 inch block swap.  This block is called Liberate. 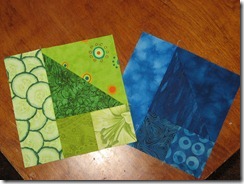 In the big bag of scraps I acquired recently there were a number of ends from kaleidoscope quilt cuttings so I made these kaleidoscope hexie flowers for Joke for the April swap. 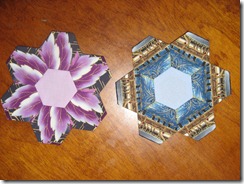 I put together ten blocks for the X and + quilt.  I am so not sure about these blocks – because there is so much beige and brown in the fabrics.  I am going to finish this quilt regardless, but I’m sure hoping it will brighten up as I make more blocks.  Or I might have to use a sashing… 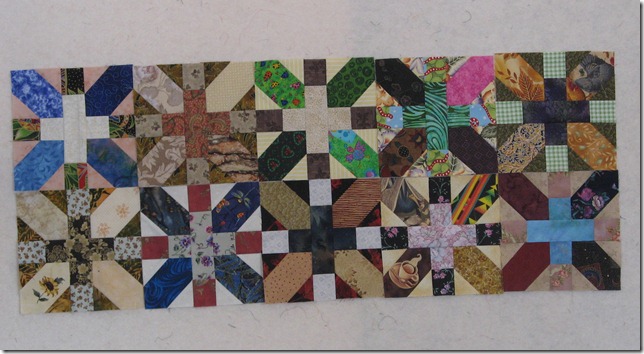 And I made FOUR blocks for Easy Street…. and put together all the pieces for parts two and three.  This quilt is on my design wall now and is staying there until it is done. 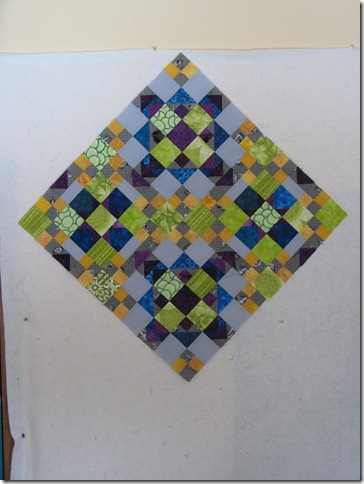 And lastly I started a new project – just a little one, a fun one. But I can’t show it yet.