What have I been up to?  Well DH and I took a whirlwind trip to Prince George (approximately 1600 km) so we could see his sister and two nieces and a nephew prior to Christmas.  We decided to take the bus – way cheaper price and not much longer time wise.  The trip down was great.  We had seats to ourselves most of the way and I read and slept.  We had three and a half days in Prince George and were due to leave on December 21st at 11 pm to arrive home in the very early morning of the 23rd.

Well coming home was a typical Christmas travel time night mare. The bus was 2 1/2 hours leaving and we were about three blocks from the bus station when the driver announced that he had no high beams and no speedometer and he was going back to the station.  We spent the night on the bus sleeping while waiting to see if a) the bus would get fixed, b) there would be and alternate bus or c) there would be some other solution.  Over the course of the night we were told a) the bus would not be easily fixed, b) we could take the morning bus 1/3 of the way and would have priority seating on it, c) if we took the morning bus then there would be a bus that we could take to the 1/2 way point and d) there would be no bus going all the way to Whitehorse until the next scheduled one that was to leave Christmas Eve at 11 p.m.

So we went back and spent the day at my s-i-l’s and were fortunately able to get out on a plane that evening – both to Vancouver and then up to Whitehorse.  We were supposed to have two hours between planes but the first plane was late and we had about twenty minutes to traverse the whole length of the airport to the gate for the second plane.  We did make it though and got home at 1:30 in the morning.

The next day DH got us a little tree. 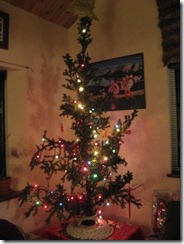 We spent Christmas Eve at DD # 1’s home in Whitehorse, had a mad present opening session the next morning, then went home for Christmas evening.  On Boxing Day we had our big family meal with twelve attending and a ton of food. 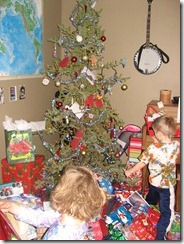 I did read four books over the last week and here are my reviews. (All photos from Amazon).

This book is in Mr. Grisham’s usual style.  An easy read, interesting, well written but not too deep.  It gave me a much clearer picture of how litigation works in the US of A.  Worth reading.

The Night Circus by Erin Morgensten.  The book is about a night circus and all the magic and mystery it holds.  The first 7/8ths of the book are fascinating as the circus and it’s many fabulous offerings are richly detailed and the story line is intricately woven.  I found the ending to be a let down.  It felt like the author just got tired of the story and wrapped the whole thing up in a few short words just to have it done.  I read this on my e-reader but would have liked a hard copy so I could easily go back and check dates and places. It is set in the 1800s. Worth reading.

I listened to this book on tape while I worked on my Easy Street blocks one afternoon.  It is a mystery story with a female heroine who solves the case.  Well written and gutsy it is a fun book to read.  I definitely will be looking for more in the series.

The Virgin Cure by Ami McKay was a fantastic read of the “don’t want to put it down” variety.  Set in the 1800s in New York it follows the plight of one young girl from the poor side of town. The writing is wonderful – making you feel like you are there at that time and place.  Ms McKay explains how she got the idea for the book through her own family history, which makes it all the more interesting.  Definitely worth reading. 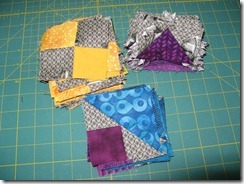 To all my Blog readers,

HAVE A VERY MERRY CHRISTMAS!

Thank you to everyone who entered the giveaway and gave me book recommendations.  I have put them into a spread sheet and I have 111 different authors – some with specific book suggestions and some who have all their books recommended.  If anyone wants a copy of the spread sheet please let me know.

The most suggested book(s) are the Stephanie Plum series by Janet Evanovich with SIX recommendations.

I am off on a 26 hour bus ride tomorrow and I downloaded three of the suggested books onto my Kobo from the library:

Don’t feel left out if you didn’t recommend these books.  They are just the ones I could get from my library. I’ve got a bit of sewing to do as well, and some crossword puzzles. And a pillow and blanket

One for the Money – Janet Evanovich – first in the Stephanie Plum series on a CD, and

And on to the winner!  I used the random number generator this time and it chose # 163….

“I'm a new follower” and “anything by Shirley Rousseau Murphey, Janet Evanovich or Laurie King”

I really wish I could give something to all who entered.  Thank you all so much for the fantastic book list.  I have suggestions to keep me going for quite a while!

The giveaway is now closed.  Thanks for entering.

My it’s been a long time….. but I have been busy.  With what?  Well….
I finished up my additions to blocks for the Modern Mini Mystery Round Robin and for the Quilt U Be Mine Round Robin and sent them on their way.  I can’t show them to you but them involved some of this…. 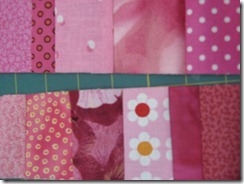 I created these two blocks for Julie in the 6 Inch Block Swap.  She wanted grey, orange and white. 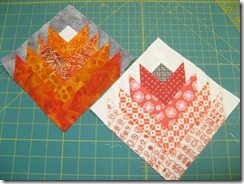 I finished the binding on this quilt.  A nice tumble in the washer and it will be ready for gifting.  It is for my ex-boss who retired at the beginning of November. 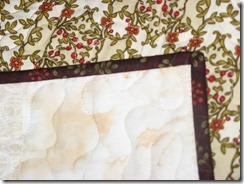 And I decide to play along with Bonnie Hunter for her latest mystery quilt “Easy Street”.  She is already on to step three but I’m still working on step one. 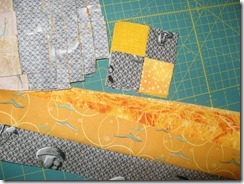 Today I made some shortbread cookies.  DH has decided that we should stop eating wheat after reading the Wheat Belly book and I’m willing to try it out because I think wheat is largely the culprit behind my reflux problem.  These shortbreads are made with rice flour and are quite delicious.  The recipe came from Andra Banting’s blog The Brighter Side of Gluten Free.  I’m going to try a wheat free Christmas cake as well.  The fruit is soaking in the whiskey as we speak. 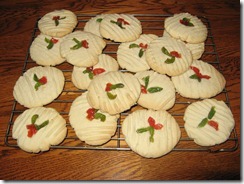 And we had visitors today.  They arrived around 1 p.m., ate a bunch of fireweed and willow sticks then proceeded to bed down behind our sauna.  They didn’t leave until around 9 p.m.  DD # 3 was visiting with her two dogs so they and Zeke had to stay in the house most of the day.  And yes, she was eating sunflower seeds out of my bird feeder!
Someone had told me that there was a rumour one of the calves had been killed by wolves, but they were both with her. 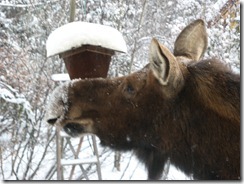 And now for the giveaway.  Quilting Gallery is having their yearly blog hop party with giveaways.  This year they celebrate their 5th anniversary!   I am giving away one yard of this fabric.  The blocks are 3 inches square and repeat every fourth square each direction.  It is very cute. 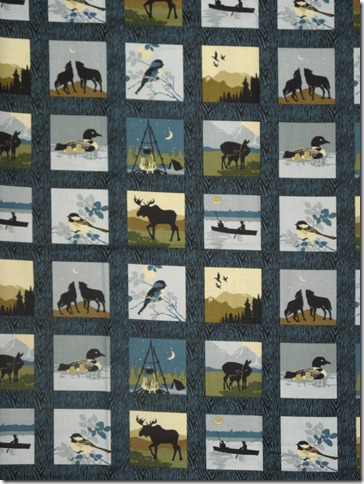 The giveaway is open to anyone in the world.  It will close on December 16th at 1 a.m. PST and I will draw the winner sometime later that day.
1.  Leave me a comment suggesting a book I should read.  I like mystery, true life adventure, historical novels, biography, older fiction and any new fiction that doesn’t just follow a formula plot.
2. Followers can leave a second comment for a second entry.
Edited to add – I have received three anonymous spam so far.  So, sorry for those of you that don’t have an id,  but I’ve removed anonymous commenting.  Join Google and you can comment with your id….
I do like to try and answer any comments on my blog, but I still haven’t finished answering the comments from the last giveaway, so please forgive me if you don’t hear back from me.  I really appreciate you visiting.
And please check out the other participants in the blog hop at Quilting Gallery.
Janet
Posted by Janet at 11:36 PM 189 comments: