A few posts back I sent out a request for some blocks of vehicles – any kind of vehicles – for a quilt I want to make for my grandson.  A couple of people promised me blocks – thank you so much.

Julie, who had already sent me a few blocks, sent me a note saying she doesn’t even know what some of the things my grandson loves are.  So I need to show her.

First a bit of a story.  When my kids were small we were poor – really poor.  That was partly by choice; we wanted to live in this remote northern town and we wanted at least one parent to be at home with our kids.  I didn’t work very much and DH worked when there was work available, but sometimes in the winter there wasn’t that much work.  We lived mostly in a tent for ten years, with two young children.  We moved into our home, which DH built, a year before DD # 3 was born.

As things progressed our financial situation improved.  I eventually went back to school and got my social work degree and a job with the government.  The north changed, the economy changed, work was more available.  Nowadays we have all the money we need.  But when the kids were small they wore hand-me-downs, I sewed with fabric bought at Woolworth’s for $1 a yard or salvaged at the church rummage sale and the kids didn’t have many toys.

Now my DD and her partner are also not rich, but the world has changed.  There are so many things available everywhere.  Here in the Yukon there are great recycling centers and they all have free stores, where people leave items and other people come and take them.  My DD and her circle of friends trade items around all the time.  They all have great clothes and DGD and DGS have a gazillion toys.

DD’s next door neighbour is a hunting outfitter.  He has all the BIG toys: speedboats, four-wheelers, big trucks, horses etc.  They have a boy, midway in age between DGD and DGS.   He is a real character and takes after his dad.  He also has lots of toys.

On the weekend we went to DGD’s 7th birthday.  Here is the little fairy blowing out her candles. 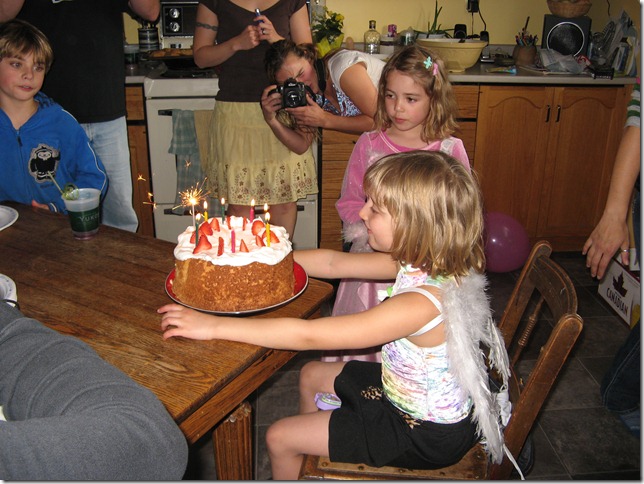 And all kinds of loving guests… 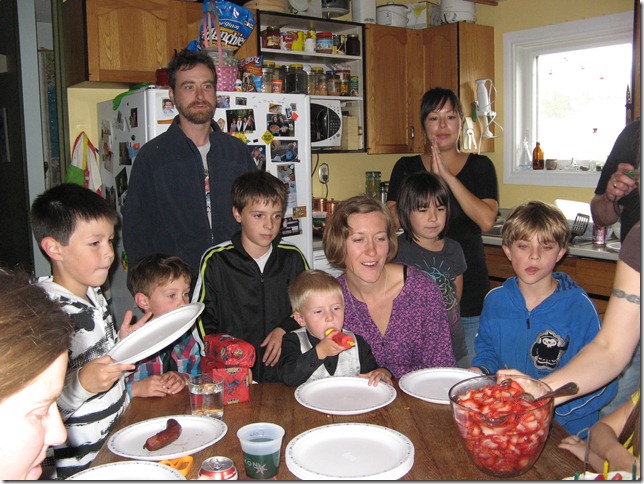 And – Surprise!  DGS has a q-wad (as he says it).  The next door neighbour’s son got a bigger one and gave this one to DGS.  It does actually run – it’s electric – but DD and DSiL took the battery out so he can just sit on it or people can push him around on it.  He is, after all, only three years old!

So Julie, this is a quad.  A rhino is apparently an improved model, with side-by-side seating for two people. 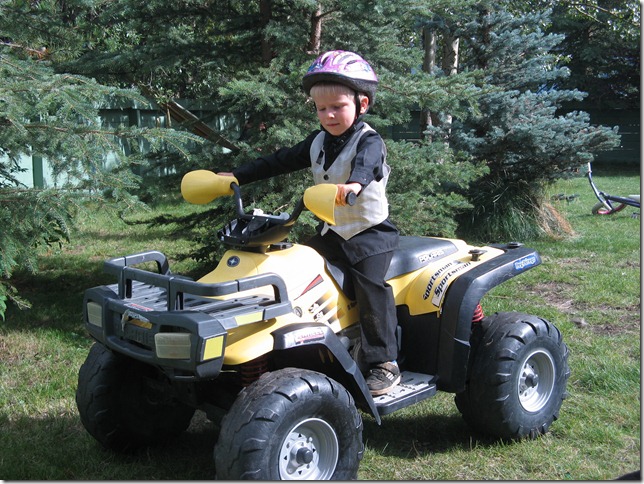 By the way DH and I are not into these motorized toys at all and neither are the DDs.  But DGS is certainly enamoured.