Well here it is Canada Day. I’ve been blogging for one year.  I did promise a giveaway and it will be today.  First you have to see some pics from our fun Canada Day parade… 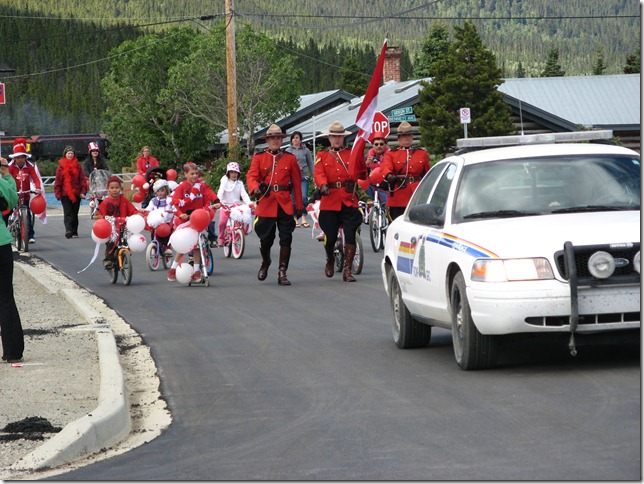 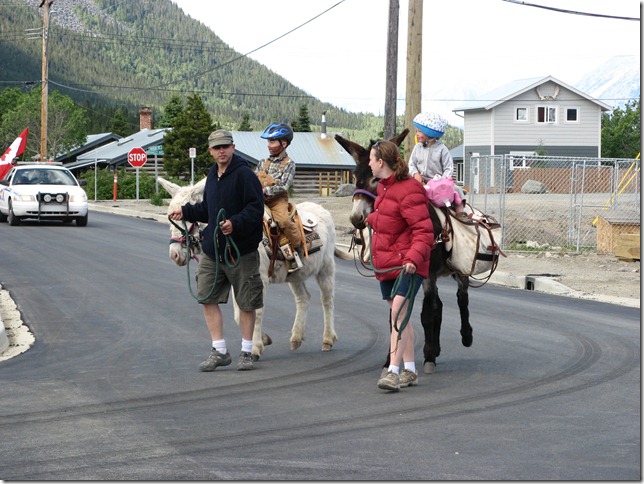 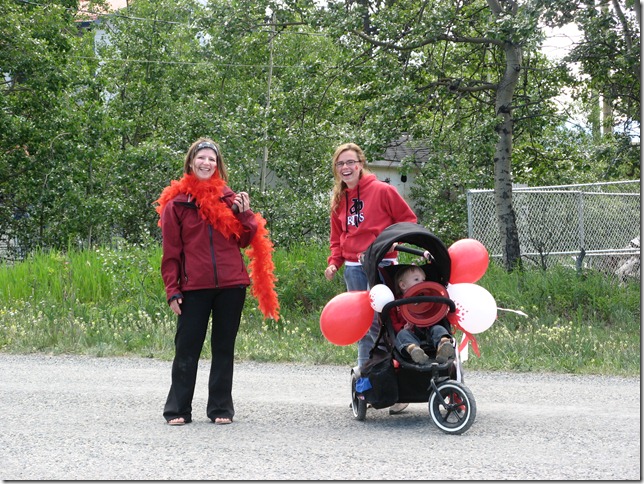 Above is DD # 1 and pseudo daughter #1 with her nephew.  A bunch of the girls who grew up in town and used to love Canada Day here came out with their kids to join in the fun.  After the parade, food, singing Oh Canada and eating cake, there were games for the little kids and then we got into the serious competition: spike pounding and swede sawing logs.

Here are the grandchildren – they wouldn’t participate in the kiddie games but they did in the “bush” ones. 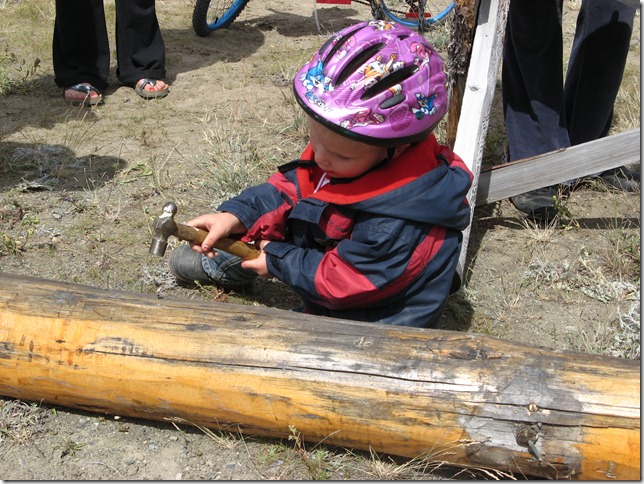 Hammering that spike….okay they gave him a really little spike …. 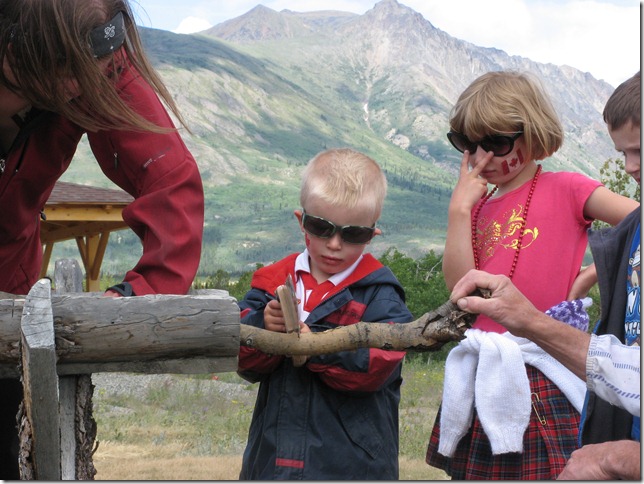 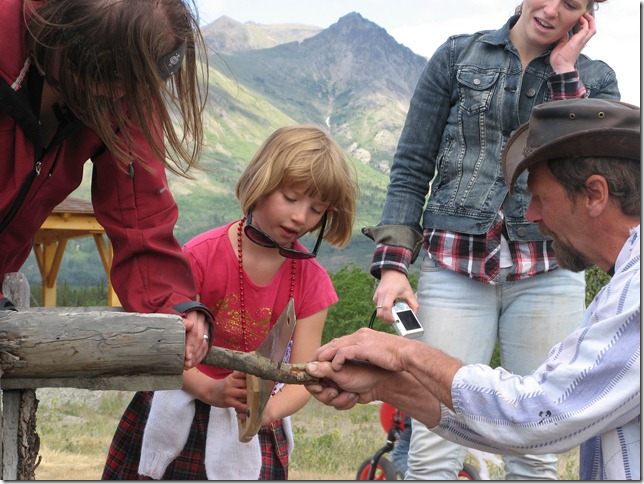 DD # 3 and her boyfriend joined the fun as well…. with a real log and real swede saw… 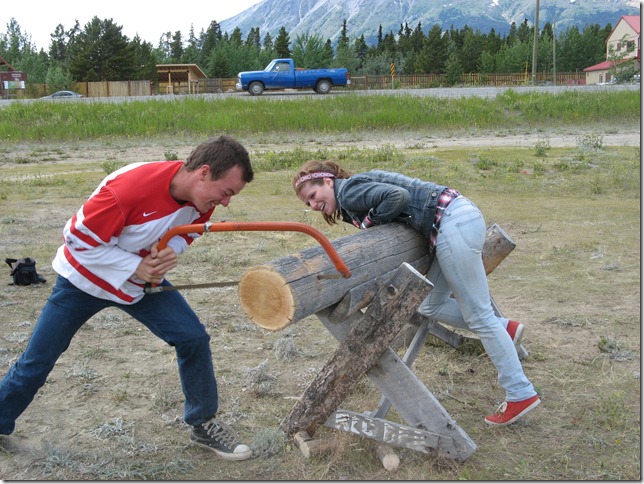 Happy Canada Day to Canadian friends and Happy 4th of July to those south of the border!

I decided to give away two sets of two fat quarters each.  These fabrics were purchased in the US so these are American fat quarters.  First I have a set of two themed fabrics, for those who like a little summertime fun.  Campers and deer…. 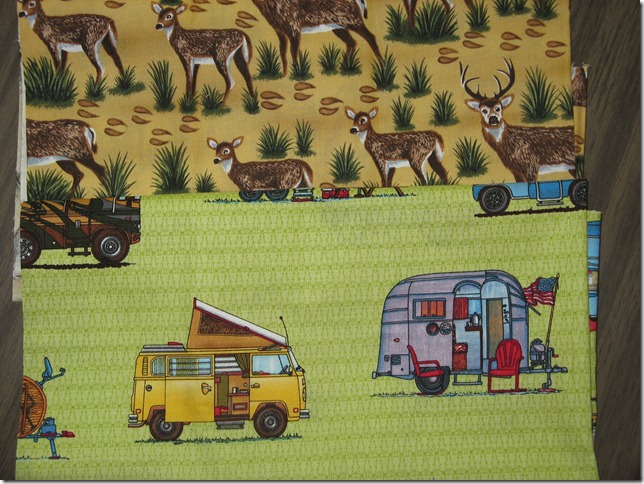 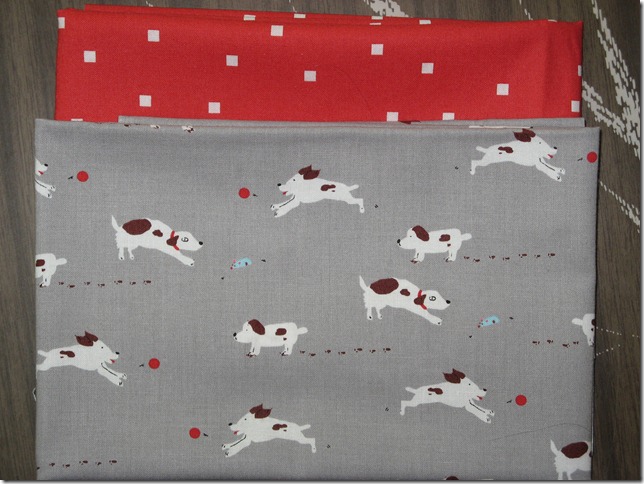 So, two sets of two fat quarters each for two winners.  From anywhere in the world.  The draw will close next Thursday, the 7th at 9 p.m. my time.  I’m almost at the end of the international date line. The postal strike is over – I will be able to mail.

1. Leave me a comment telling me about the most interesting aspect of your day today.  Don’t say it was all boring – everyone has interesting experiences to tell about.  You can mention which set of fat quarters you like best too.

2. If you are a follower you get a second chance.

Here’s the most interesting thing from my day.  I participated in the serious games.  I’m not much use with a hammer but I do have a history of living in the bush and sawing wood to keep warm.  I’m proud to say I was able to saw the log (the big one) in 36 seconds and in good form.  I didn’t win.  A woman from town sawed the log in 20 seconds and my two daughters did it in 22 seconds and 28 seconds.  But still, 36 seconds is not bad for an aging grandma.