I can hardly believe it!  I’ve won seven giveaways over the past couple of months.  Some of them are taking a long time to get here but I have received three of them and I want to show them off.

First up, I won this prize during Friday Night Sew In.  Heidi is one of the hostesses.  (no gender neutrality here!)  Because she was in the middle of a move she was slow with the mail out and sent me a bonus gift to make up for it.  I won a Bliss charm pack and she made me this lovely appliqued tea towel!  Lucky me!  Thanks so much Heidi. 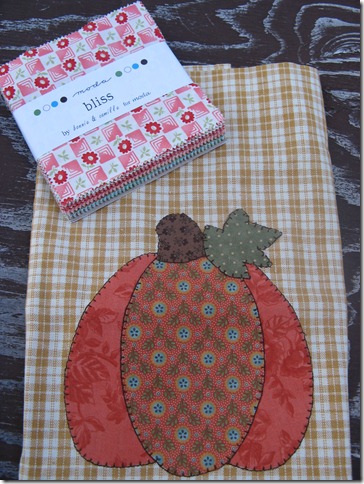 I won three prizes in the Fall into Fall giveaway.  I wanted to participate in this one by having a giveaway but missed the deadline to do that so I made up for it by entering as many of the other giveaways as I could.

First win was from Thearica.  She sent me sooo many things and they are lovely!  A BIG thank-you to you Thearica. 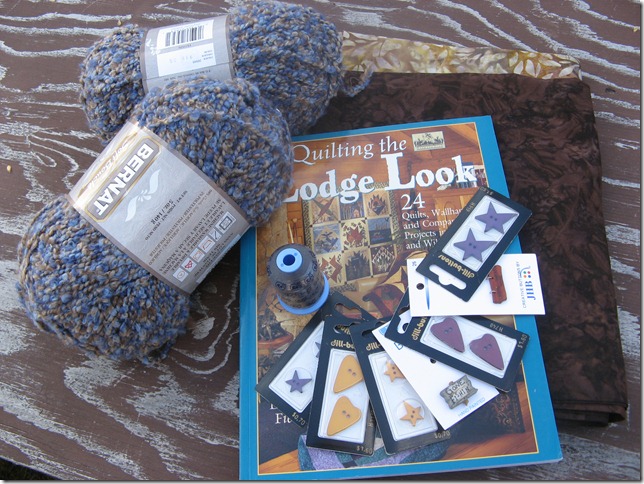 Yarn, two batik fabrics, a pattern book, thread, and lots of buttons.  Here’s a close up of the buttons…so cute. 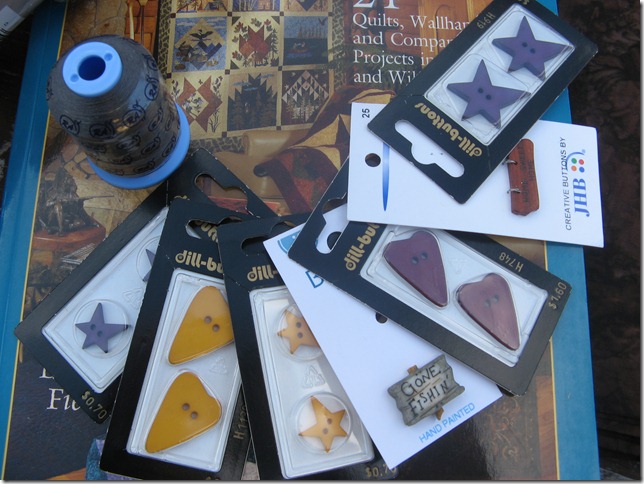 And a couple of cute shelf sitters… 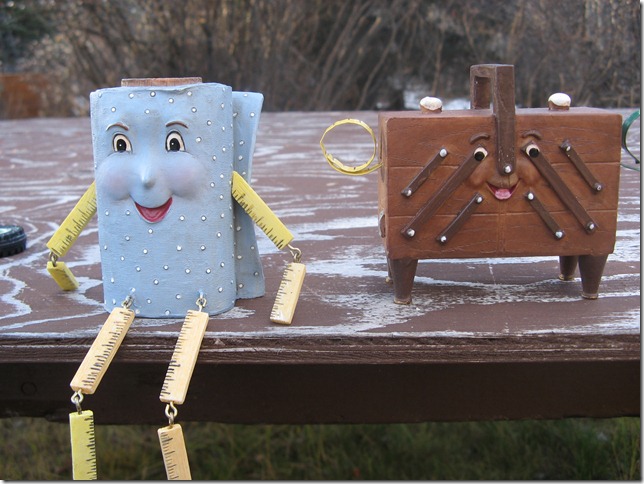 My second win in the Fall into Fall Giveaways was from Leslie.  She knows I love bright colours and I was so thrilled to win her giveaway of these beautiful bright oranges and related fall fabrics.  She also sent me a book of Judy Murrah designs.  I have another book by Judy Murrah which I use all the time.  Hope to find some inspiration in this one as well.  And I LOVE the fabric.  I’ve used some of it already in my grandkid’s Halloween bags.  Thank you Leslie! 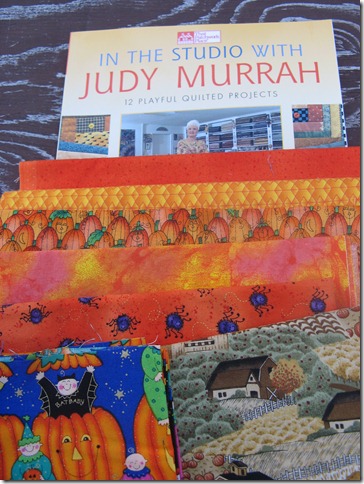 In other news I have received installment # 3 of hexies from DD # 2.  This girl is on a roll!!!  I am going to have to start thinking about how I’m going to set these beauties. 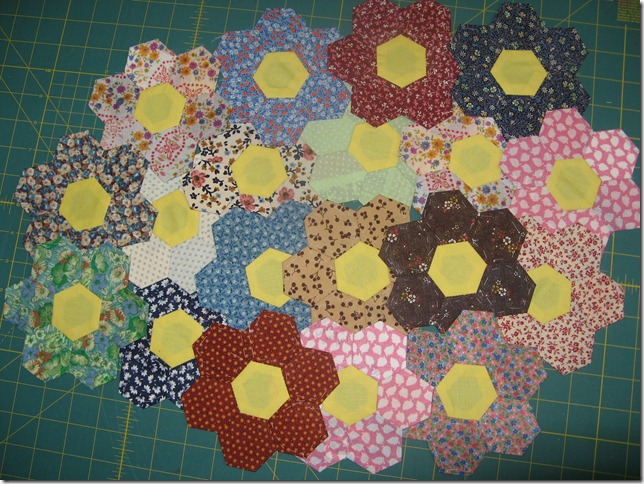 And here is DD # 1 with her doll.  She ended up so cute and I’m really pleased with her, except that I’m going to modify her head/hat sometime in the future so the hat is removable. 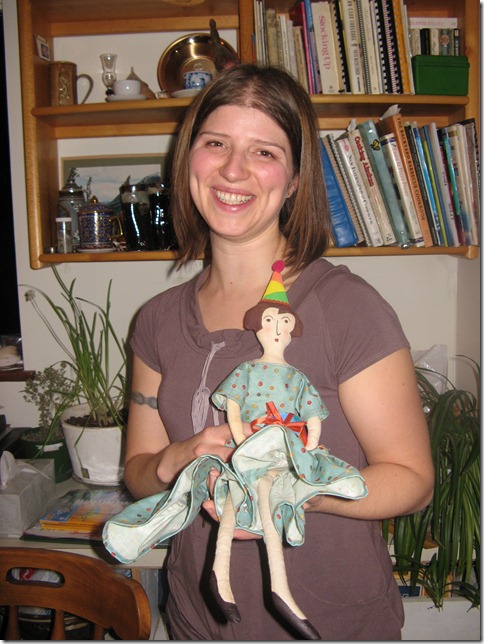 A couple of beauties!!