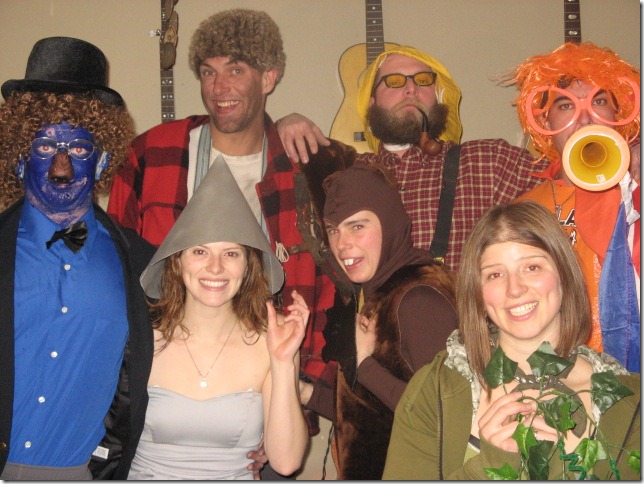 The alien, the trapper with his beaver, a fisherman, a Dutch fan from the World Cup (with a real vuvuzela).  DD # 3 is a rocket and DD # 1 is a bunch of grapes.  Neither of them were finished dressing when the pic was taken.

We took the grandchildren to a friend’s house for a pumpkin carving contest. 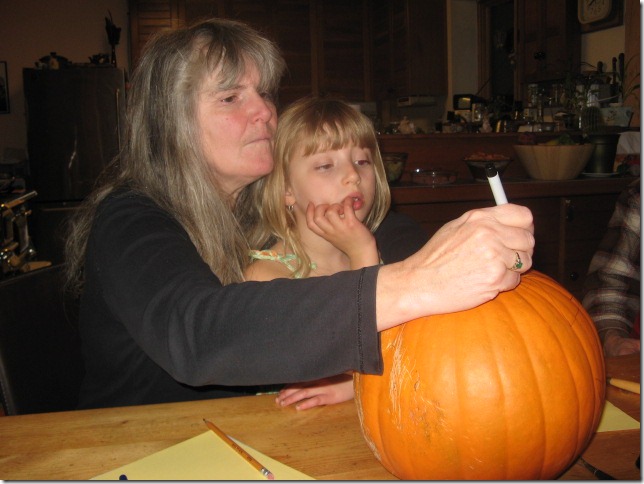 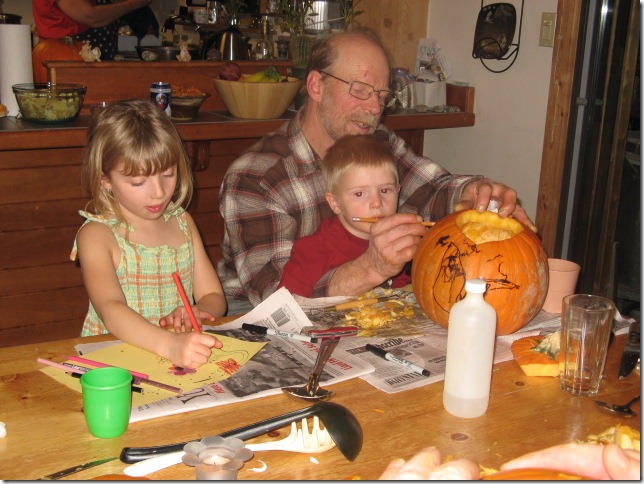 The finished pumpkins…..DH won the prize with the second pumpkin from the left…. 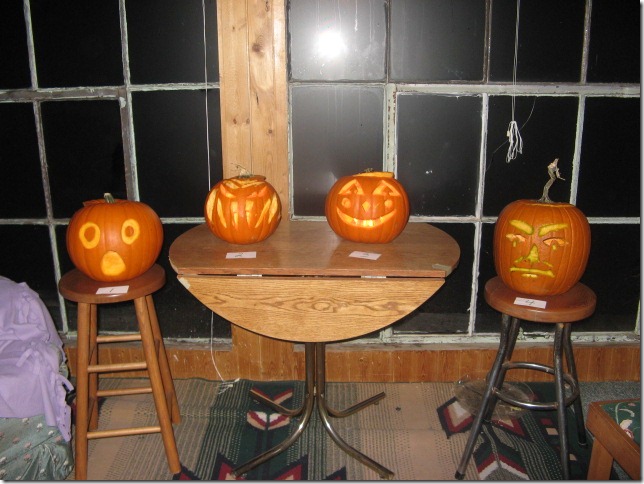 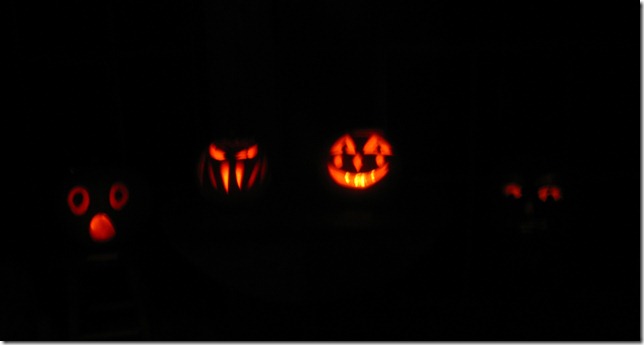 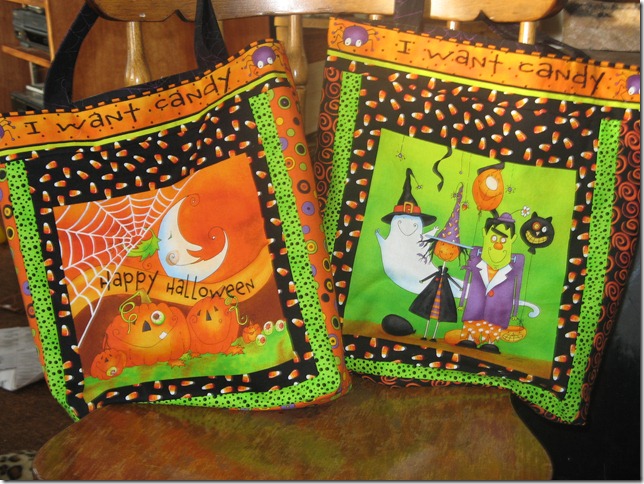 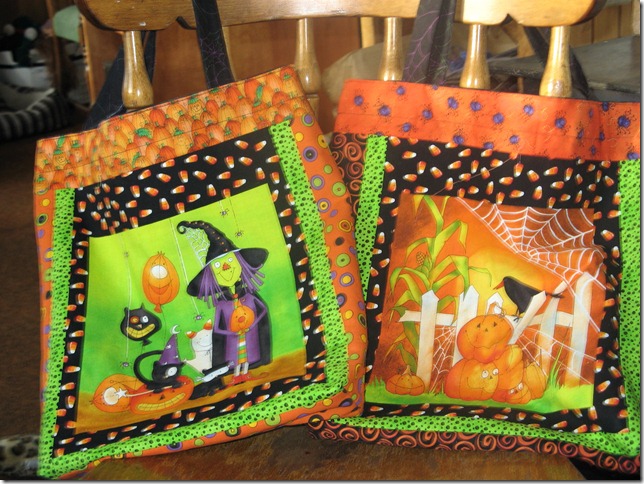 They’ve gone home for the festivities.  Granddaughter is going to be a cat, grandson Batman.