Another take on Easy Street

I decided that before I went any further with making decisions about what fabrics to use where and cutting up a bunch of pieces, that I needed to set up two more blocks so I could really get an idea of the design.  Am I ever glad I did that!

I now understand which way the four patches are supposed to turn and I see that changing out the greens that I was thinking of just won’t do because it interrupts the chain. 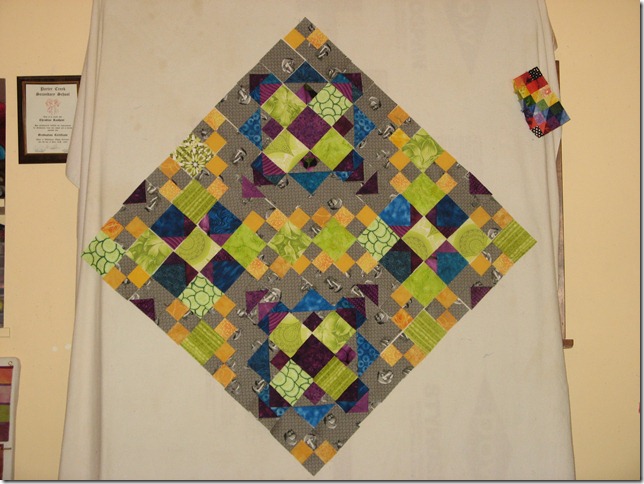 I did conjecture that if I want to tone down the green a bit, the way to do that would be to change out the four patch greens in the top and bottom block.  They would have to be changed to blue because there is already a lot of purple going on there.  This is what it looks like with that change… 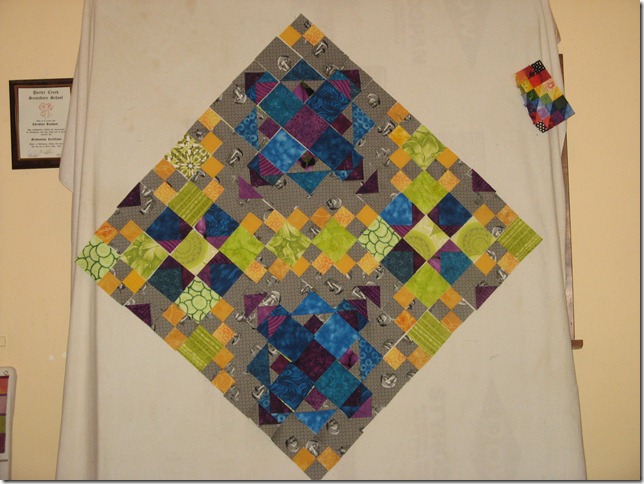 What do you think?  I’m thinking that the blue makes it too dark.

I was going to try it with the light greys as well, getting rid of the medium grey that I incorporated in the mix altogether. 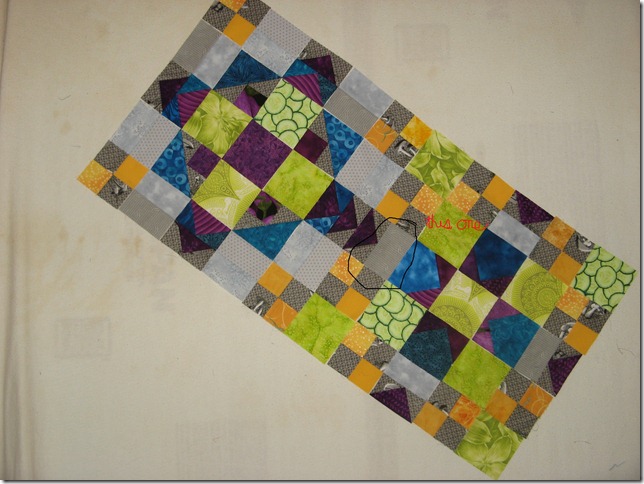 But I would have had to unpick, cut and sew and I had enough for this evening.  I may try that tomorrow.