The first leg of my long journey ... I arrived in St. John's at 1 a.m. on the 16th.  The flight was smooth and not too eventful, short layovers in Vancouver and Montreal, a little bit of turbulence going across the prairies and a couple of short delays in leaving.  The most interesting thing that happened was that they didn't serve any coffee or tea on the 6 a.m. flight out of Whitehorse because the hot water machine was frozen up.... By the time we were due to land in Vancouver there was water dripping out of the ceiling of the plane.

I've had two days to see the sights in St. John's and run around with DD # 2 while she does all her last minute chores prior to leaving.  The weather has not been cooperative for sightseeing however; lots of wind and blowing snow.

Last night DD and her friend took me to a pub, Shamrock City, to see a local band, the Navigators.  They play "traditional" Newfoundland music, sort of Celtic, a bit folksy and a bit modern.  They really rocked the Shamrock. 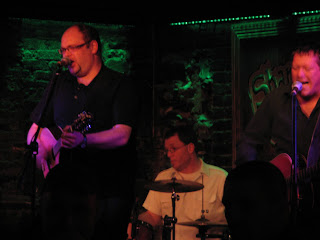 This morning was sunny and no rain or snow.  We managed to get up to Signal Hill before the weather changed... 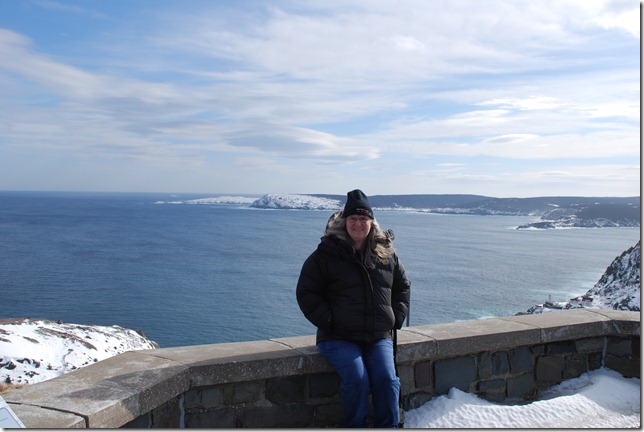 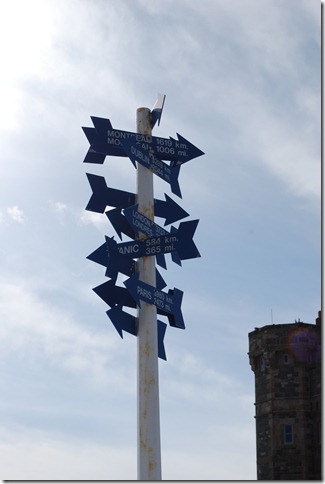 This was the closest point of assistance for the Titanic when it sank – 365 miles away according to the sign. But by the time we got out to Cape Spear, the most easterly point in North America, this is all we could see.... 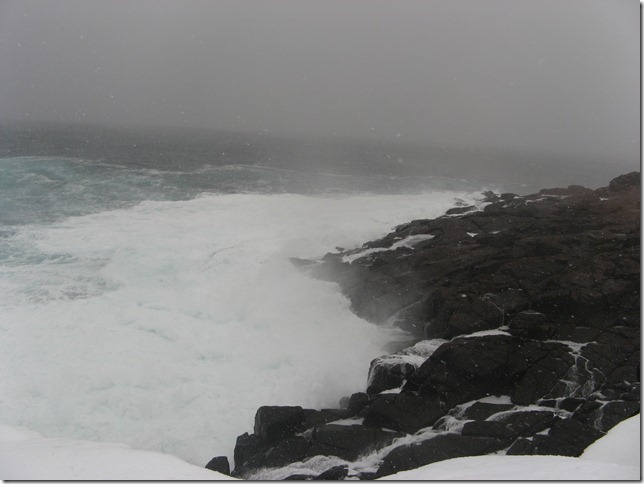 Tomorrow we're off on a ten hour or so drive to Port-aux-Basques to catch the overnight ferry to Nova Scotia.  Maybe.  DD said that she isn’t getting on any ferry in waves like that.    The ferries have been running off and on over the last few days due to the rough seas.  Maybe we’ll have to wait.

DD is trying to cram all of her things into her car.  She doesn’t want me to point out to her anymore that she seems to have more boxes than her car can possibly hold.

I haven’t done any sewing yet, although I brought lots of projects with me to work on in the car.  I did manage to finish the Christmas block swap block for Cheryl before I left.  Here’s a sneak peak. 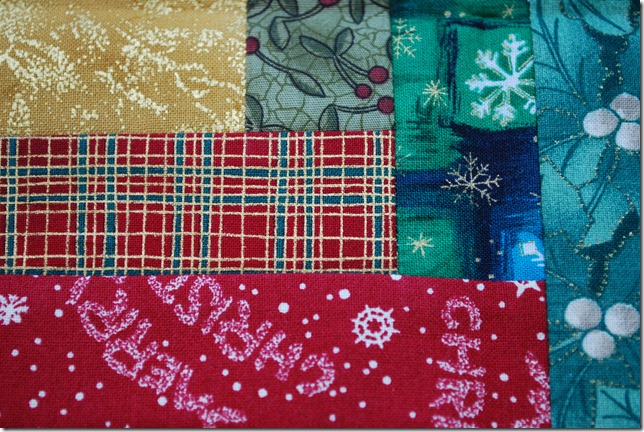