I’m a little late with my FNSI report.  That’s because we left Saturday morning for a weekend in Atlin with friends.  Atlin is the northernmost community in British Colombia and is about a two hour drive from here.  It is so beautiful there.  Almost as beautiful as my home..…

On Friday night I worked on swap items, completing this block for Jaclyn in the Simply Solids Bee on Flickr.  I’m in the Carmine group which is all Canadians. 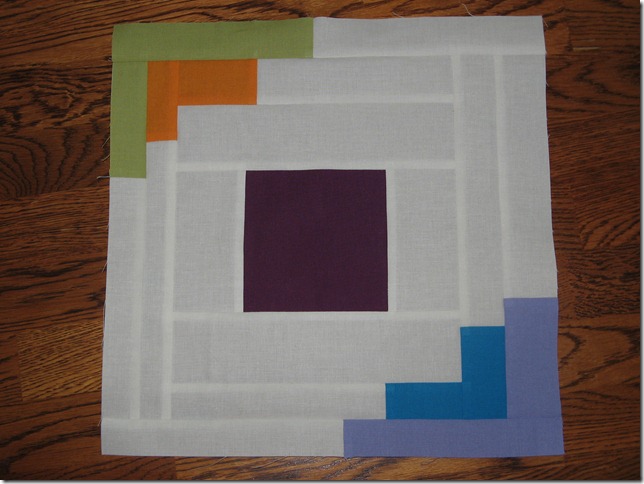 And I also completed my round for the Modern Mini Mystery Round Robin hosted by Michele at Quilts From my Crayon Box.   I’m not allowed to show what I added but I can show you the chart that this participant sent.  The top row are the fabrics she used and the second row are the fabrics I added to it.  Such a clever idea! 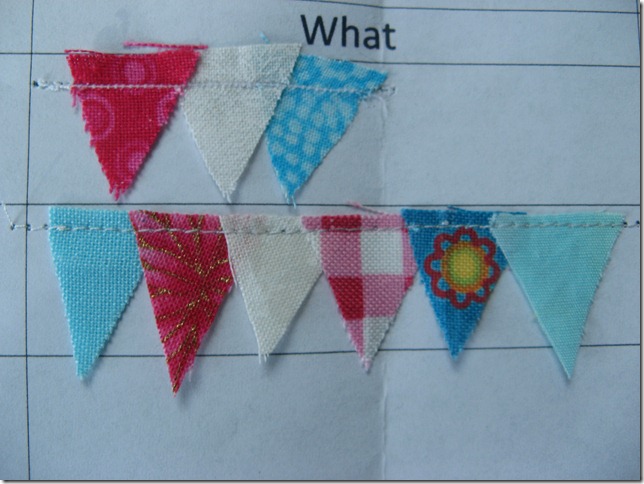 Saturday we packed in the morning and motored south, arriving in time for a walk and a visit before it was time to make salad and mashed potatoes to take to the next door neighbour’s where we had a late Thanksgiving dinner.  Or maybe it was an early one.  Anyway it was one of our friend’s 66th birthday so it was a celebration, complete with turkey, mashed potatoes, candied carrots, cranberry sauce, two salads and cream cheese and salmon topped bagels.  Oh and two cakes, pumpkin pie and butterscotch pudding.

I was tired and left around 10:30 p.m. to our friend’s cabin next door.  Our other friends were staying in the guest cabin and the hosts were staying in a guest cabin at the neighbour’s.  Our hosts had said there was a flying squirrel in the house and it was noisy at night.  Our other friends had brought a live trap with them hoping to catch it and get it out.  I went to bed and woke up an hour later to a horrendous racket.  As it was windy out I thought something was blowing against the house, or off the deck.  I went out and checked and couldn’t find anything problematic.  I went back to bed and a short while later the noise started again.  I thought “maybe the squirrel has got under the cover on the parrot’s cage and they are fighting.”  My friends have a grey parrot….  So I went down to the kitchen to check.  At this point I realized the noise was coming from the kitchen ceiling.  So I guessed it was the squirrel.  I didn’t think it would be that loud but whatever….

I woke up several times during the night to the horrendous crashing noise.  Around four a.m. I had a sudden thought.  Maybe they put the live trap up in the ceiling and the squirrel is caught.  And sure enough, that was the case.  Here he is…. 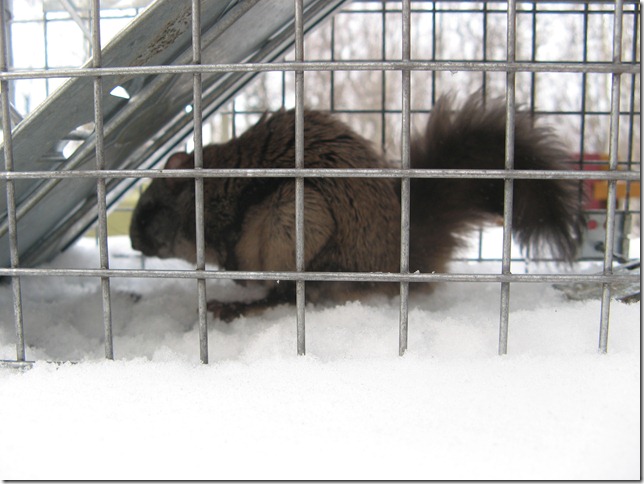 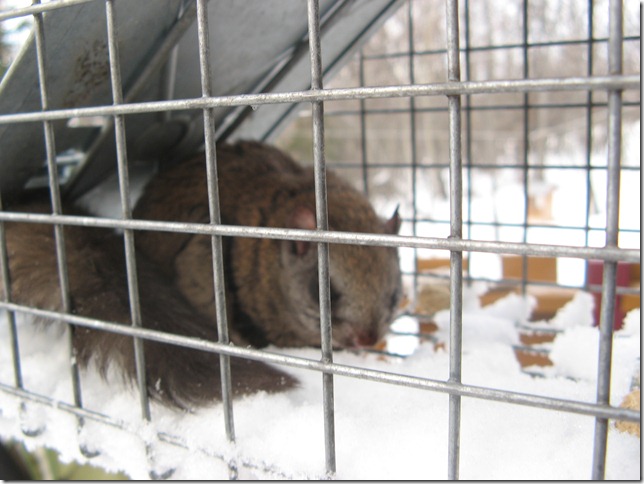 He was released at an abandoned cabin in the bush about a twenty minute drive away.  Hopefully he won’t find his way back.  Can you see his unusual markings?  My friend’s camera batteries died just as the release was happening so he didn’t get photos of the squirrel outside the cage, or with his “wings” spread as he was climbing up the wall.

We had a lovely ski in the beautiful sunshine on Sunday.  So much easier skiing when you aren’t breaking trail through deep snow. 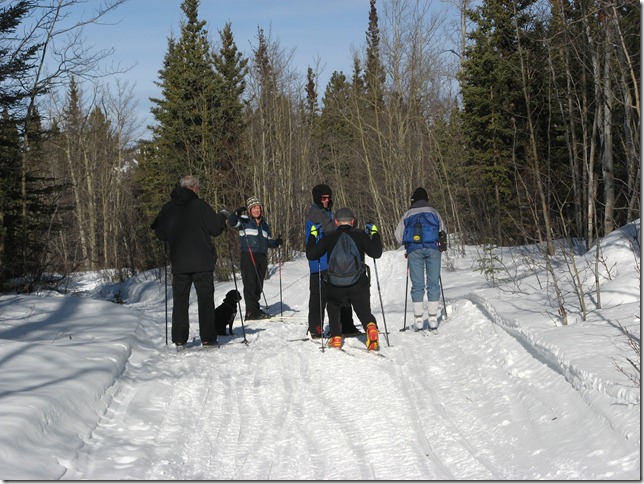