Not that I need something else to do, but….I decided to follow along with Julianne's photo a day for February.  It isn’t actually her challenge – she found it somewhere on Pinterest, but I’m going to link up with her blog. 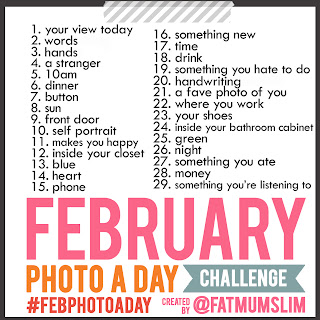 So without further ado here is my February 1st photo, My View Today (which was actually my view yesterday). 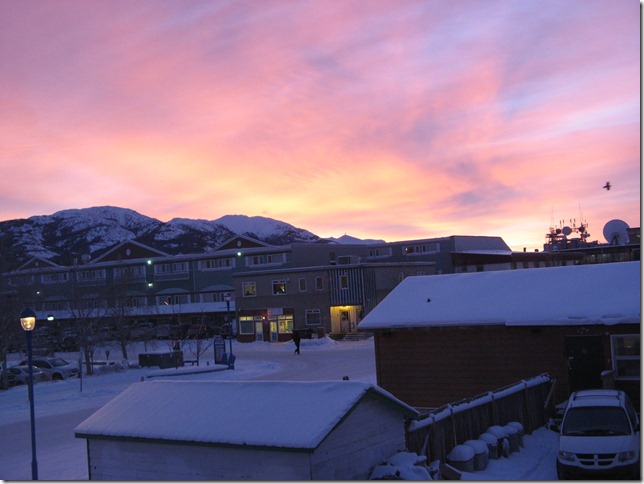 This picture was taken at about 9:50 a.m., giving you an idea of how dark it still is here.  This is the view out of my office at work in Whitehorse.

Edited to add:  I am also participating in a snail mail a day for February.  I don't remember where I picked up this idea from and I am not linking up to anywhere for it so I've decided to record it along with my photos.  So... Snail mail for February 1st was my three fabric Year of the Dragon postcards.  Now this feels a bit like cheating to me since they were part of a totally separate swap, but since there were three of them, I think they can qualify. :)
Janet
Posted by Janet at 7:29 PM

Email ThisBlogThis!Share to TwitterShare to FacebookShare to Pinterest
Labels: February photo a day - and snail mail a day