I’m back!  It has been a while since I last posted.  I retired mid November and life has been a whirlwind since then.  A visit from DD#2 who lives in Newfoundland the last two weeks of November, renovations to my bedroom and another bedroom ongoing since early November, my brother and his wife visiting from Seattle over Christmas and sixteen people here for Christmas dinner.  This along with all the other miscellaneous things that have needed to be done for years that I am finally getting to.

We have had lots of snow, then a big thaw and lots of ice but we are finally back to lots of snow after a big blizzard a few days ago.  Skiing and yoga and sewing take up a lot of my time.  Yes, I said sewing!  I did a lot of sewing for Christmas – six placemats, two bottle bags and seven hotmats.  I have photos of the placemats…. missed out on the other items. 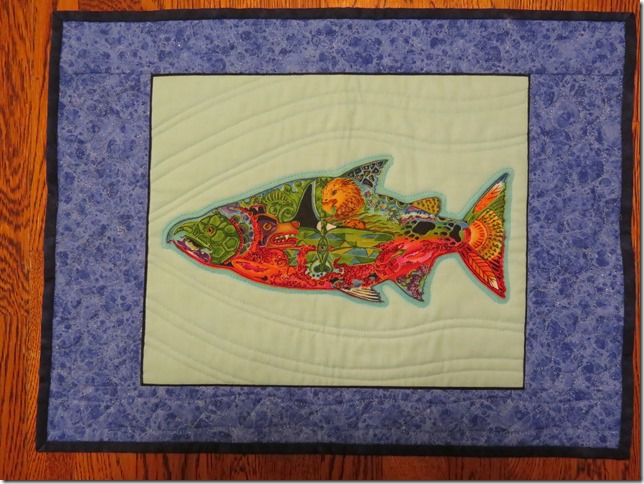 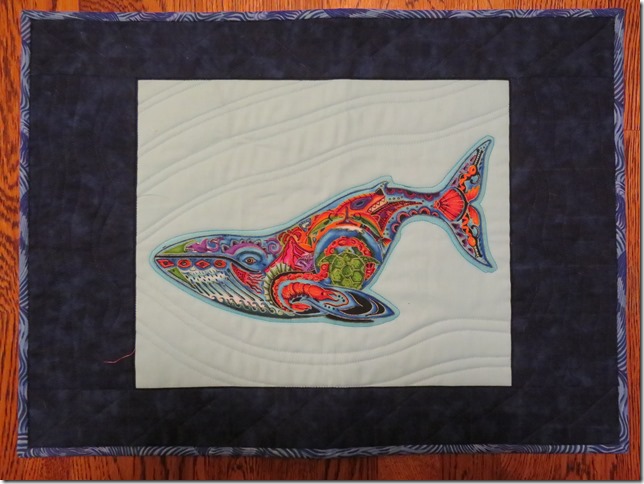 These two were for my daughter and s-i-l in Newfoundland, a salmon, which he loves to fish for, and a whale that she sees often when she is out walking on the coastal trail.

The other four were for my other two daughters and their partners.  Another salmon, a halibut, a dolphin and a flying fish. 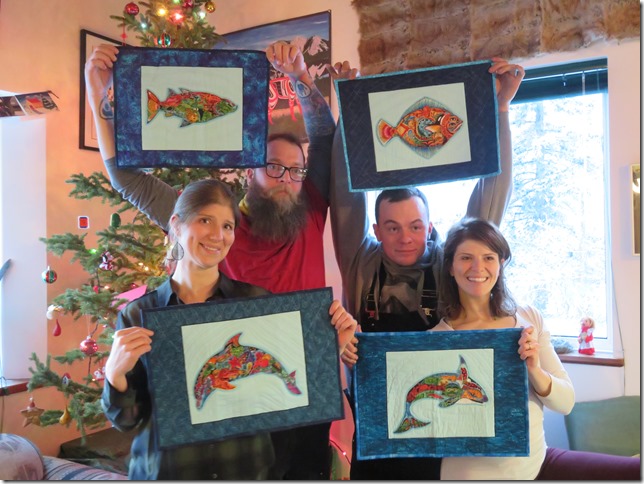 I also made a knitted rug before Christmas.  A second one is in the works and was my Friday Night with Friends project. It is about half finished. 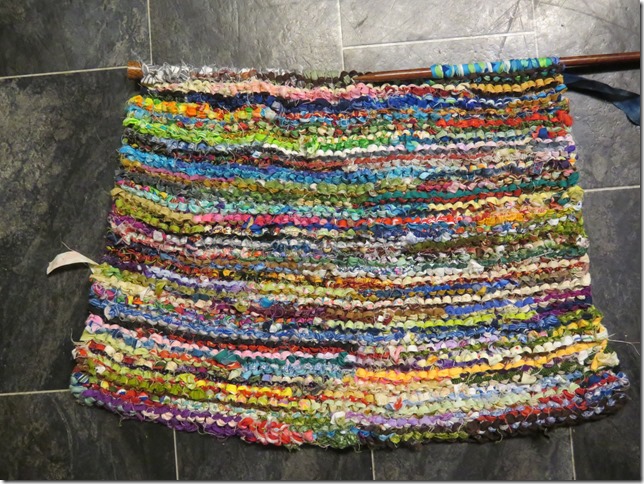 Here is the completed one, which resides in a bedroom by the bed.  This rug, which is made from scrap strips of fabric, is lovely to walk on with the different textures of the fabrics and the knots. 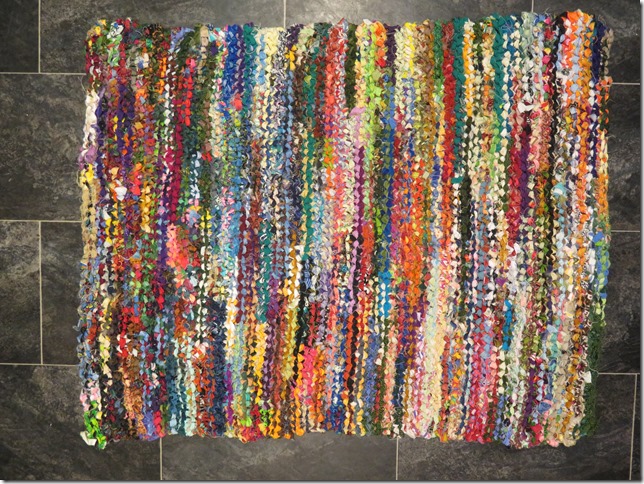 Check out what everyone else did for FNWF here on Cheryl’s blog.  Thanks for stopping by.