Two days and 1784 kilometres down.  The next two days will be a piece of cake.  Day one we travelled from Carcross to Fort Nelson, British Columbia. This highway is two lane, it has some rough and windy sections, but traffic is light so it was fairly easy driving.  It took us eleven hours to travel through this wooded area with beautiful lakes and several provincial parks.  There was ice on the river in Tagish... 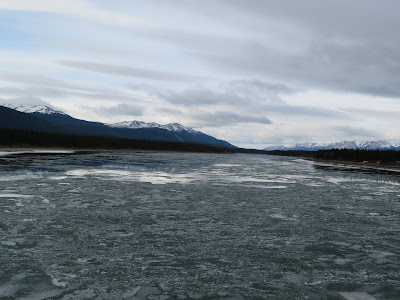 and on Muncho Lake... 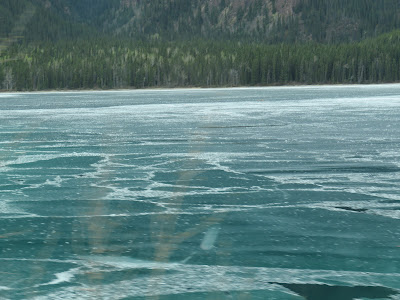 The outside temperature was 14 to 17 C and the day was grey as you can see.

We saw a little black bear and a porcupine within a kilometre of my house and then no animals for the next 400 kilometres.  But after we passed Watson Lake it became a Disneyland of animal viewing. Ten or more black bears, a small grizzly, a deer, four or five moose, including a beautiful new calf, about five porcupines and about thirty bison, with babies (so cute), sheep and two birds that I think were juvenile Sandhill cranes. 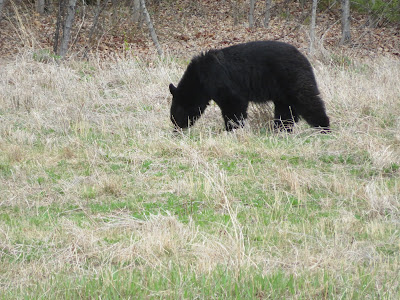 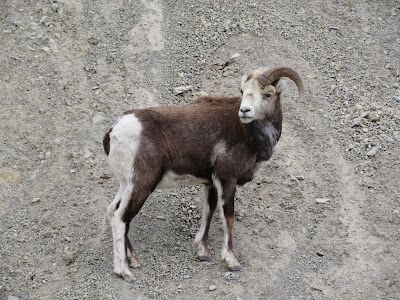 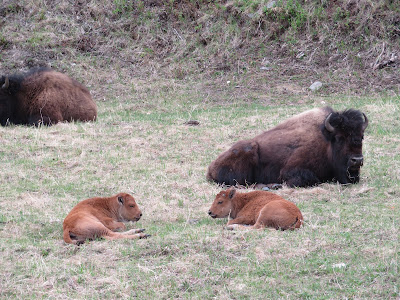 Today we travelled from Fort Nelson to Whitecourt, crossing into Alberta and into a new time zone. It took us 9 1/2 hours but we lost an hour because of the time change.  We only saw one wild animal - we're in ranch country now, with lots of horses, cattle, llamas, donkeys, sheep etc.  But the one wild animal we saw was this gorgeous boy... 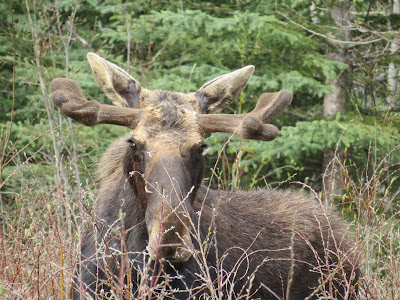 Or is it a girl??
The temperature today hovered around 25 C.  This would be a very hot summer day at home and it felt pretty warm here too.  I feel like I'm on holiday!
And even though I said the hexies were on hold, I managed to complete one between yesterday evening and this evening. 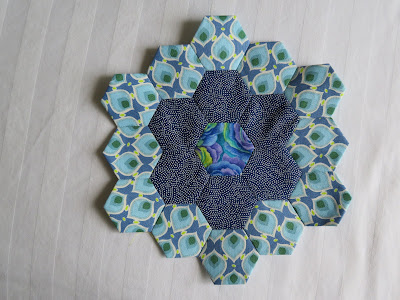 Tomorrow we only have to travel about 650 kilometres so it will be a more relaxed day.  See you soon.
Janet
Posted by Janet at 9:02 PM