A fun day (my birthday) in Maui

Just down the beach from where we are staying there is a marshland behind the dunes.  When Maui was first being settled they put the airstrip here, but soon discovered that it was a very windy spot and not really suitable for planes landing and taking off.  Now it is a bird sanctuary, a much better use for it I think.  There has been a lot of rain this winter (or what they call winter here) and the water was high in the marsh, and was threatening the highway that runs through it.  So the other morning the environmental people were out digging a trench to drain the marsh.  Or rather this volunteer fisherman was doing most of the digging. 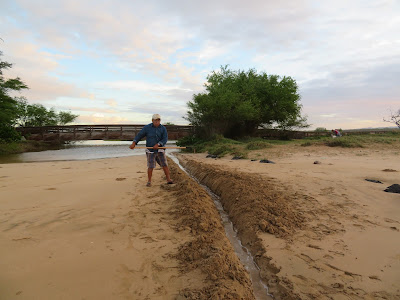 Apparently his interest is in letting the small fish that have been trapped in the marsh out into the ocean, as they will attract bigger fish in to eat.  As you can see this is literally a small trench made with a hoe.  When we returned later in the day to check it out the trench looked like this.\ 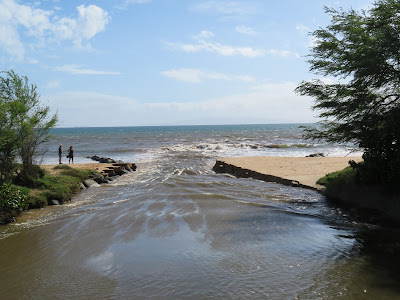 The water is dumping out into the ocean at a great rate!  The marsh is home to many birds and we are having a good time checking them all out.  We heard that the Hawaiian Goose, or Nene, had been sighted in the marsh.  Normally it is only found on the dormant volcano, Haleakala.  Well we were thrilled to glimpse the Nene in the marsh yesterday afternoon. 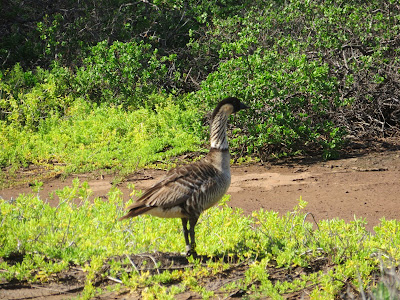 Other excitement from yesterday was going out whale watching.  The whales here are humpbacks who come here to give birth and to breed.  The rest of the year they live in Alaskan waters and I have seen them there, but never in the numbers that they are visible here.  My photos are rather pathetic, so I'll only show you one.  We saw a "competition" of whales.  This is when two or more males fight over a female.  Our boat got "mugged" by a competition.  Very thrilling to see these creatures so close up. 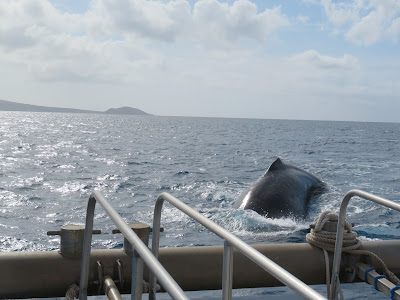 And the next thrilling site for yesterday was our first view of turtles through the surf.  And I got a fantastic photo! 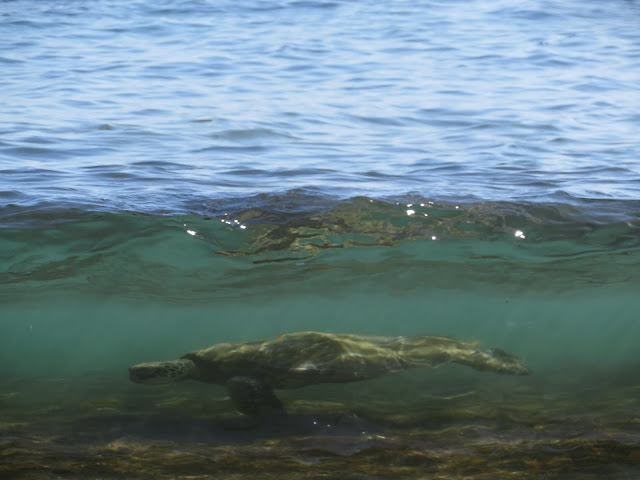 That was enough excitement for one day!
Janet﻿