So many of you guessed on my last post that my friends and I were making Christmas trees and you were right!! 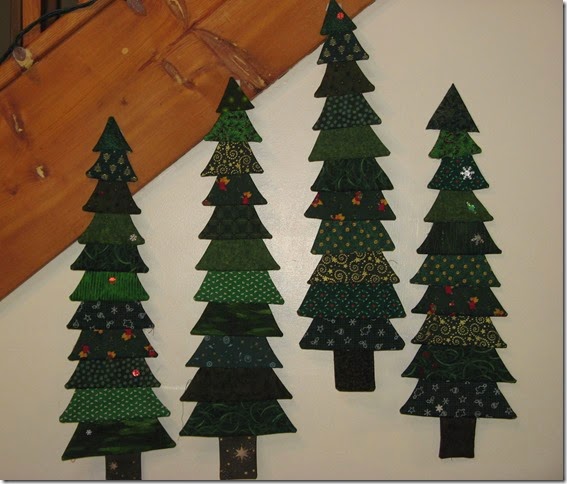 Aren’t these cute?!  My friend Donna’s mother Eleanor sent her one of these last Christmas and we decided we had to make them.  Eleanor was here visiting last weekend when we sewed these together so I was able to ask about the source of the pattern.  One of her other daughters bought one of these for her at a craft fair somewhere in the Vancouver area and she had copied the pattern to make one for Donna.  Then we copied Donna’s to make ours…. so who knows where the pattern came from.  The one that Eleanor made had 17 tiers to it.  These ones only have ten or eleven.

I finished my second tree earlier this week.  Here are the two that I made. 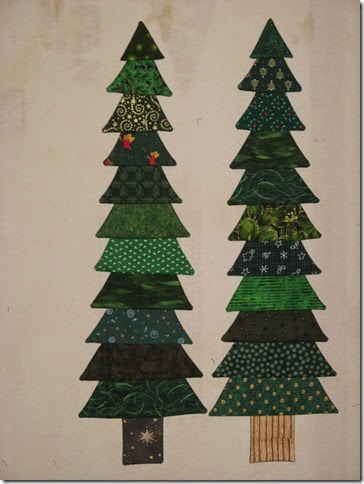 I still have to add embellishments to them.

Today I received my February second round hexies from the Inchy Hexagon Flower Swap.  I thought it was Friday Night Sew In so I settled in to sew the second rounds to the chosen flowers.   Oops – it isn’t until next Friday.  Oh well I am sewing them on tonight anyway! 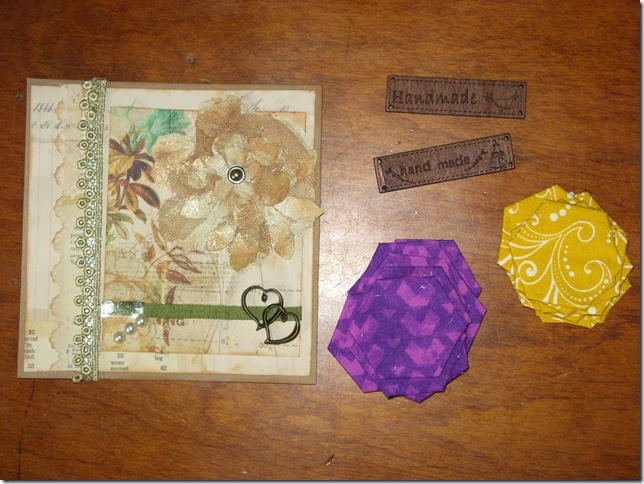 Jenny also sent me a lovely card and a couple of “handmade” tags, made out of wood.  Thanks Jenny!