LIN, if you don’t want to see your postcard before it gets there, close this now!!

I joined two postcard swaps this month.  I have more than enough to do, but postcards are so much fun so I said yes.  Here they are.

The first one was organized by Brandy Lynn.  The theme is snowflakes.  (Can you tell?)  These are plastic sequin snowflakes on a blue background overlaid with tulle with silver flecks.  Even though I first glued, then sewed the snowflakes on, I felt a need to put stitching around them.  I thought that the swirly circles would give the effect of swirling snowflakes.  It looks more like that in person than it does in the photo.  I don’t know who I am sending this one to yet. 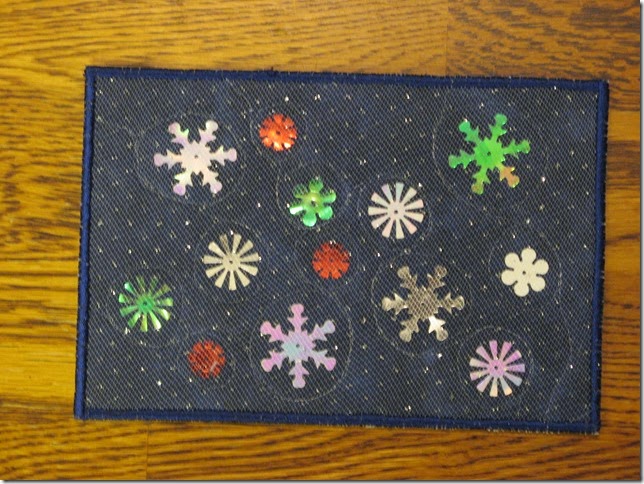 The second one is for a swap organized by Sheila.  The theme is Christmas

I decided to play with my new technique. We had strategic planning meetings at work the last two days – a perfect time to do a bit of stitching.  Lots of channels emerged.  This card is going to Lin in France. 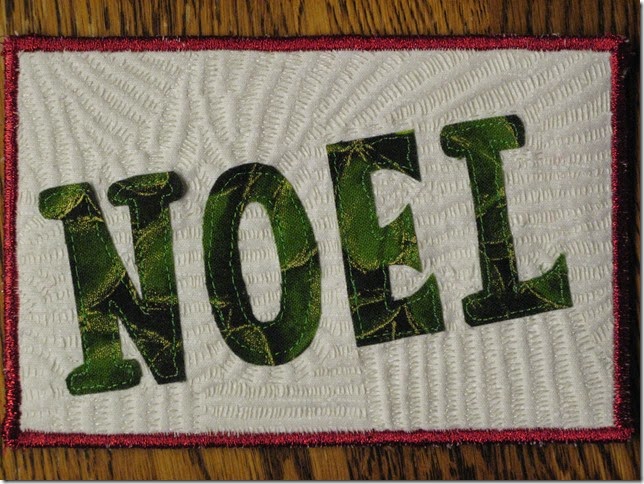 Have you made any postcards lately?

Email ThisBlogThis!Share to TwitterShare to FacebookShare to Pinterest
Labels: postcards