I had a great time with my grandkids, but it was a whirlwind and I was very tired for quite a few days following.  I only took one picture… this was the day we headed out to see Papa at his worksite and they got to ride on the quad.  Always a fun event… 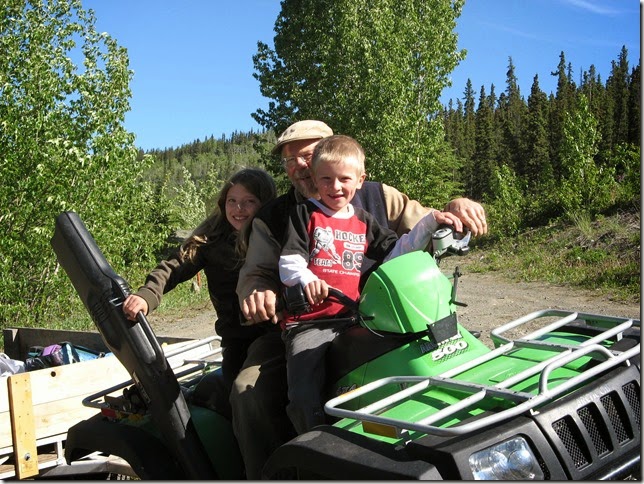 The rodent situation continues.  Last week when the grandkids were here we discovered  three mice in a 5 gallon bucket in the sunroom.  One was dead but the other two were alive.  I can’t imagine how they got in the bucket, why they got in the bucket (it was empty and clean) and how long they had been there but I think it was a while.  We took them up the road and released them in the bush.  Grandson carried the bucket and said they were so cute and he wished he could keep them.

Then this week there was a drowned squirrel in one of the rain collecting barrels.  Thankfully hubby came home this weekend and dealt with it as I wasn’t going near it.

The wild flowers are coming out fast and furious now.  These are wild strawberries. 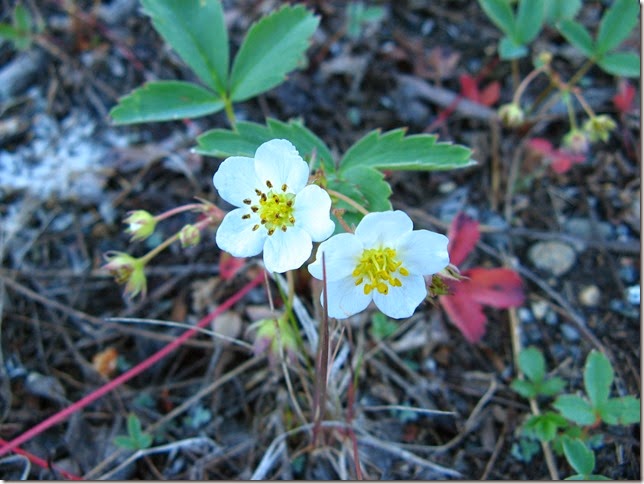 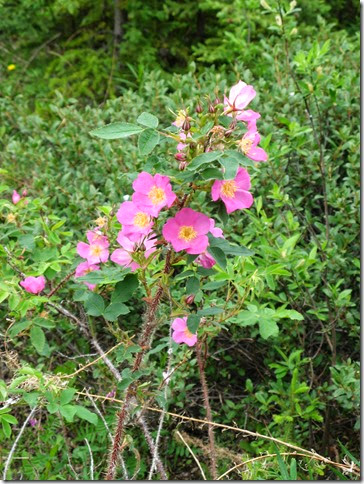 I have some sewn flowers to show as well.

I received two sets of second round hexies from Christine in the Inchy Hexagon Flower Swap and here they are sewn on to their flowers…Pretty huh? 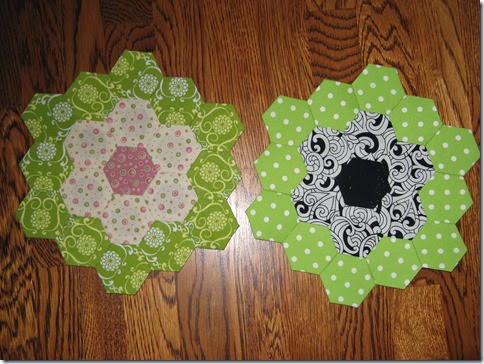 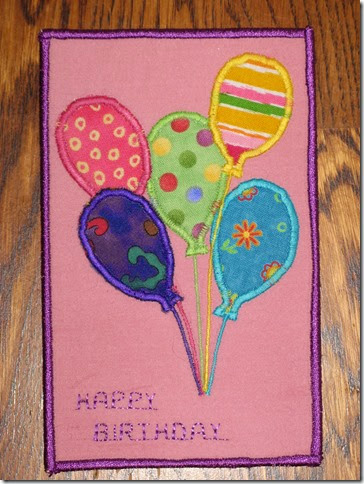 And I received this lovely postcard from Brandy in the Maple Leaf postcard swap.  Ingenious how she used the wool to cover the joins in the fabric. 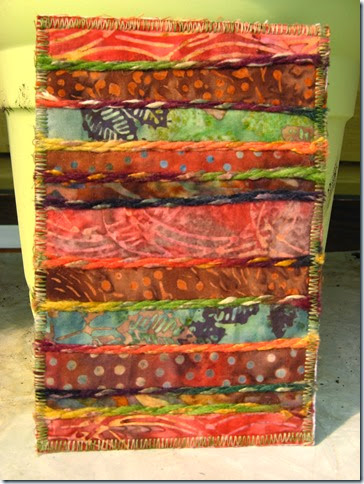 Here it is posing with some flowers in my sun room.  (no mice in the photo) 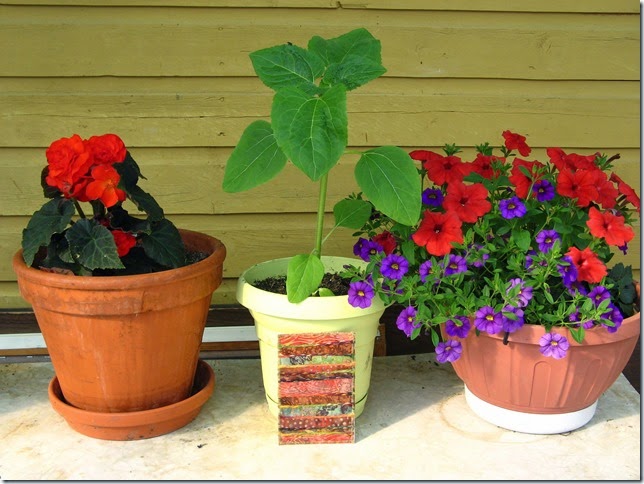 That’s all I have to show this week.  I hope to get more sewing done in the next few days though as Tuesday is a holiday from work for Canada Day.

How are you doing with your rodents… er, I mean your sewing?