After reading this post about faux Trapunto on Geta's blog recently I decided that I really wanted to try this technique.   And so I did.  Twice.

The first piece I made was my secret April piece.  Now that it has been received by my DGD in Newfoundland, I can show it off.

This pattern was released as part of the Flickr Spring Fling Blog Hop and was designed by Teri from Handiwerx.  As soon as I saw it I knew I had to make it for my DGD as it just reminded me so much of her.  And at the time we were still in the throes of winter but they were having spring showers on the east coast.

I did some adaptations on the design – different hair, added the cat, some raindrops and a little birdie.  And I put a second layer of batting under the girl and her umbrella so that they would puff right up. 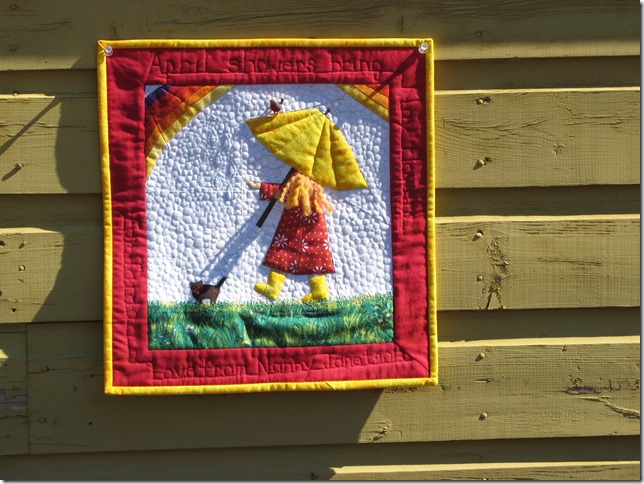 I didn’t take the best pictures but you can see that I got the bottom line of writing on crooked.

Some details… I wrote “April Showers bring May flowers” on the top and right borders and the “to and from” greeting on the left and bottom.   A little robin button is riding on the umbrella. 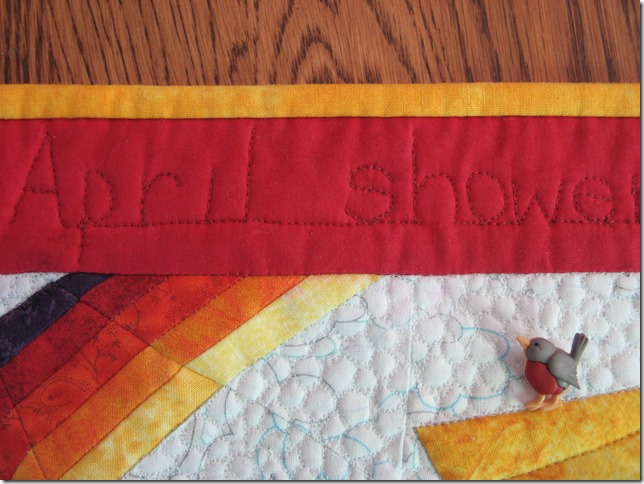 Can you see that the girl’s hand is cupped?  I had to put in some raindrops for her to catch.  Other than the writing in the binding I only quilted in the white space and along the outline of the rainbow, cat, girl and umbrella and along the umbrella ribs.  DGD’s hair is more curly than this but this was the best wool I could find to depict it. 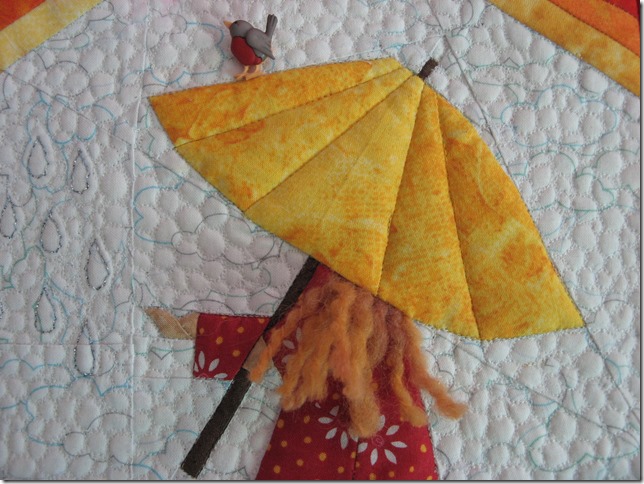 The cat is supposed to be black.  I cut out a cat printed on fabric in brown and tried to colour it with a black Sharpie marker, but the black turned into dark brown.  Isn’t the grass fabric fantastic! 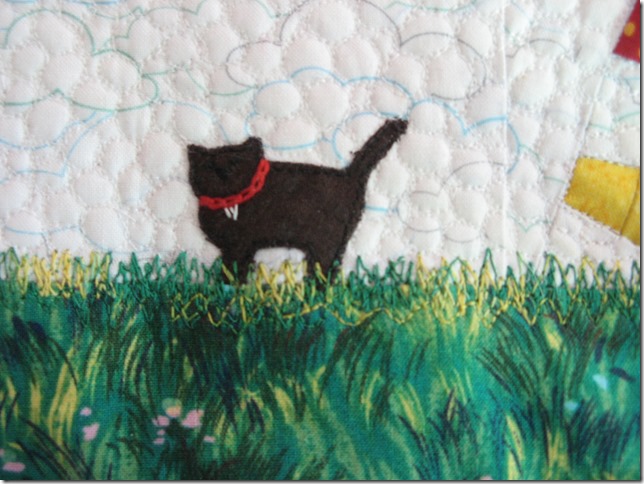 The second Trapunto piece is my second Mystery Muse project that I have been making since January.  I knew I wanted to try this method on this “mug rug”, but I actually didn’t complete this piece until after I finished the piece above.  Once I saw how great it looked I barrelled ahead with this one.  This pattern is called Carnival and is from the Quilter's Cache site.  Lots of wonderful free patterns there. 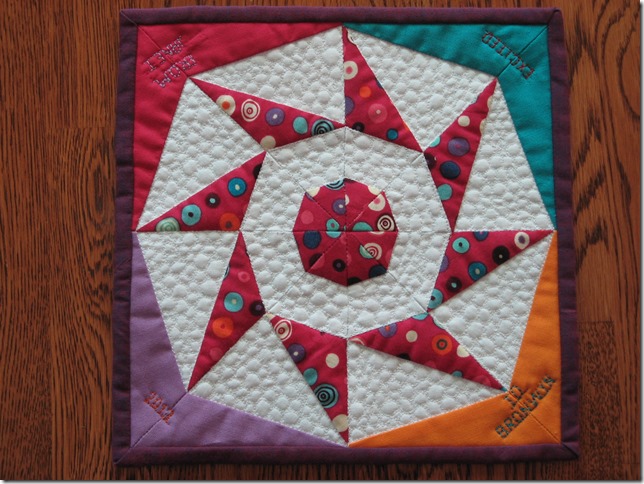 The picture really doesn’t show off the puffiness of the red dotted pieces where I used the extra layer of batting.  But it did work quite well and looks great in person.  Here’s the back where you can see the circle quilting and a bit of the puffiness. 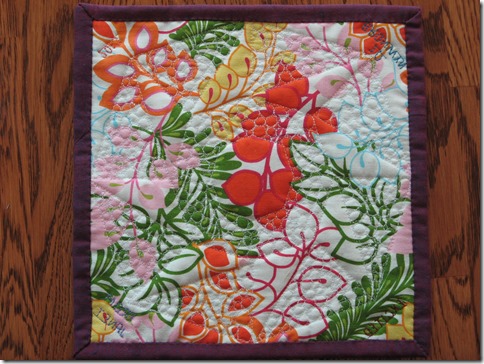 And there you have my foray into faux Trapunto.  Maybe next time I’ll try the real thing.