This is how I spend my time :)

It is spring break so the kids are out of school for TWO weeks.  We never had spring break when I was in school, just a four day weekend at Easter.  When my kids were in school there was a one week spring break.  Now they have two weeks off school!  With the weekends that totals 16 days.  DGD was asking me today when they are going back to school and it is still eight days away.

DGS and DGD were here for a two night sleep over and we had lots of fun.  The first day I was working and DH took them sliding and they had a campfire.  Then I came home from work and basically took over. DGD had three saunas in two days.  DGS had two saunas and a bath.

Here’s how northern kids go to the beach… they have a sauna so it’s hot, and they lay out their towels to lie on and take in a pile of snow to play with just like they would with sand at the beach.  Just kidding – but almost not. 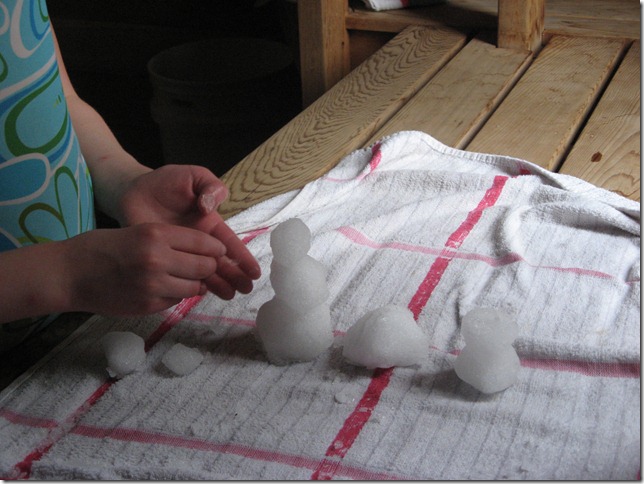 They wouldn’t lie down in the snow and make snow angels for me but sticking their heads in the snow was a popular cool down method…. 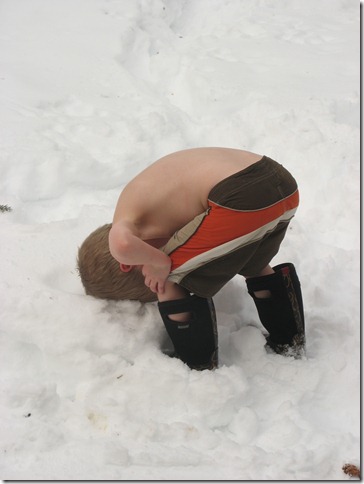 When DGD arrived she announced that she has spent the last few days sewing all kinds of items for Breann, her doll.  Breann was wearing this new shift that has a pocket that goes from top to bottom of the dress.  It’s on the left, starting at her underarm. 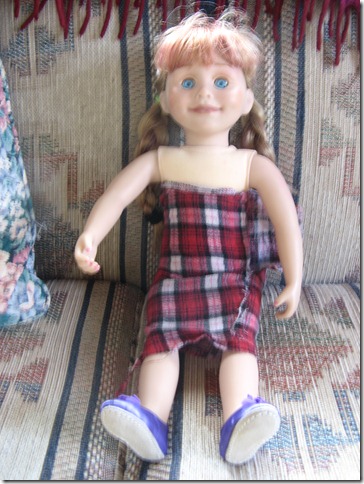 I’d just seen a cute doll skirt at this blog (I found this blog through the Easter Bunny Blog Hop sponsored by Melissa at Lilac Lane) that I thought wouldn’t be too difficult, so DGD made one up for Breann.  Breann didn’t bring any shirts with her to model the skirt with, so her dress top had to suffice. 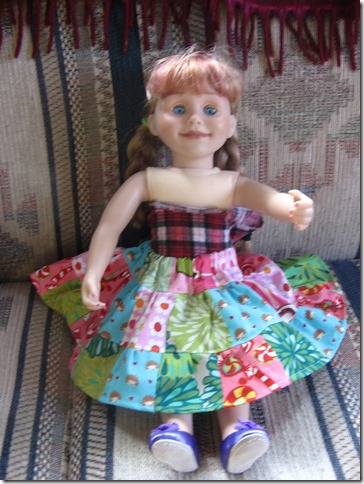 While trying to convey to DGD that she just needs to guide the fabric through the machine, not push or pull it, I realized that fabric is like water.  If you touch it, it moves.  Gentle touch is all that is needed to make movement and you can guide it slightly this way or that with just a light touch.  Sometimes when water is being rough – like waves or big currents – you have to use a bit of muscle to make it cooperate with you and the same is sometimes true with fabric, but mostly a gentle touch is all that is needed.

This afternoon we made notebooks inspired by this blog which I found while touring around the Quilting Gallery blog hop.  These started out being for their teachers but DGS gave his to his mom.  We made them a little differently than the suggested methods, the biggest change being that I sewed them together across the top rather than gluing them.  They have 15 sheets of paper each – all from used or unneeded return envelopes - and are roughly 3 1/2 x 6.  The covers are just a light piece of cardboard (you may notice they are from chocolate bars) with fabric scraps glued on. 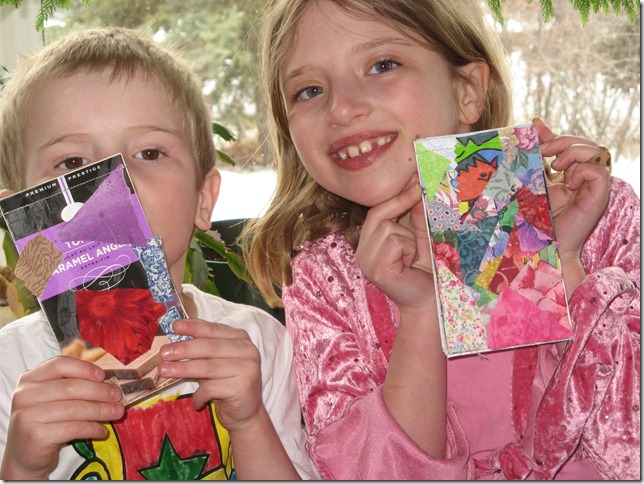 So my last two days have been filled with working, sewing and crafting with kids, saunaing (is this a word?), cooking and eating (DGS ate six waffles after this afternoon’s sauna), cleaning up, several walks (gotta keep up with the exercise), blog hopping, playing cribbage with hubby and all the other miscellanea that there is in life.

Really I just wanted to show off the pretty things my grandkids made. 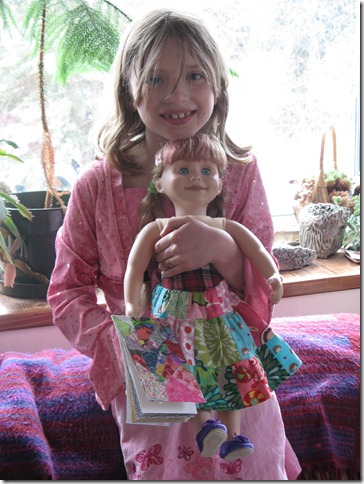