My brother and his family live in Redmond, Washington, a suburb of Seattle, where he works for Microsoft.  He used to live in Dallas, Texas.  I never visited him in Dallas – didn’t even make it there for his wedding, but I have gone a few times to Seattle.  It is pretty easy to get to from here – a short plane ride to Vancouver and then a few hours in a car, or on a bus or train, or a lovely fast ferry from Victoria if heading from there.

Seattle is a really interesting city, very pretty and lots of neat history and art.  There is the Rock and Roll history museum, next to the science fiction museum.  There is the Space Needle and the market.  There is the super  fascinating underground tour of the old city.

One time when we were visiting there was an exhibition of Tiffany's work at the art museum.  It was absolutely stupendous; he was a master of mosaic, glass, jewellery, fabric, furniture and room design.  I bought this replica of one of his pieces in the gift shop.  It was made in China – a mass production.  But then one of the reasons that Monsieur Tiffany was successful was because he was a forerunner in the mass production of art pieces in factory-like workshops…. 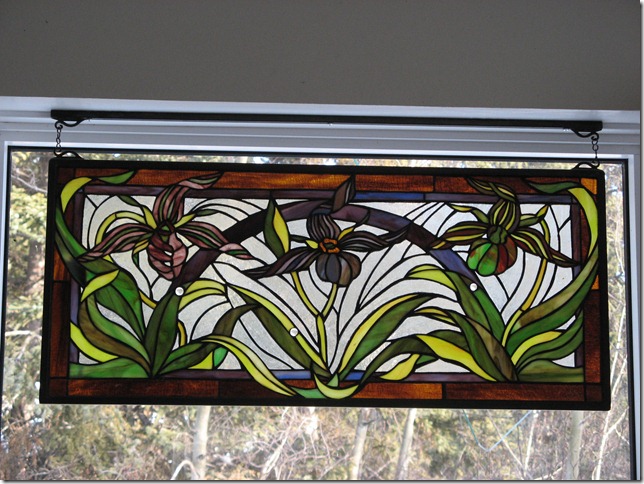 I just had to show you the big picture…