And on to Nova Scotia

Well the second leg of the long journey is over.  A twelve hour drive across Newfoundland to Port-aux-Basques.  There were a couple of quick stops along the way so DD could say goodbye to friends, and a restaurant dinner in Cornerbrook with one of her friends.

A little digression here with some family history.  Canada is a very big country with a relatively small population.  It always amazes me who you can meet along the way, and the connections there are from coast to coast.

One set of my mother’s grandparents lived in Newfoundland at Pilley’s Island, for a number of years.  My DH’s great grandmother came from Burgeo, Newfoundland.    His Chilliwack grandmother’s family originally came to Nova Scotia on a boat called the Hector.   There is a replica of it in Pictou, Nova Scotia.

We had dinner with DD’s friend who comes from Newfoundland, but is working in Alberta and was home to visit with her boyfriend who is from Melbourne, Australia.  My sister lives near Armidale, Australia.

There are connections everywhere.

After our long drive we took the overnight ferry to North Sydney, Nova Scotia.  As DD commented you would think since it’s a “night” ferry that they would at least dim the lights so people could sleep.  No such luck, but we managed to get a bit of sleep. 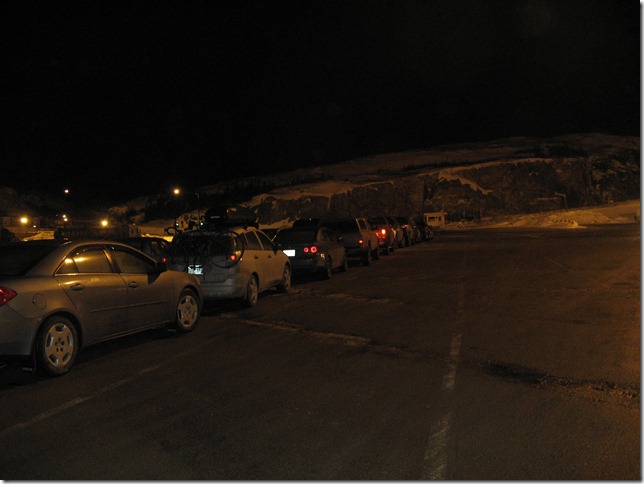 Lined up waiting to get on the ferry.  Guess which is DD’s car…

Off the ferry we had a three hour drive to DH’s mother’s home at the farm in Nova Scotia.  His cousin, Carl, still lives here and raises Black Angus cattle.  Another cousin, Linda, lives minutes up the road.  About ten minutes after we left the ferry we passed a truck and DD commented “I think that was Stephen we just passed.”  Steven is Linda’s son and he has been going to college in Newfoundland.  Sure enough it was him and he had been on the same ferry as us, only we didn’t run into him all night long. 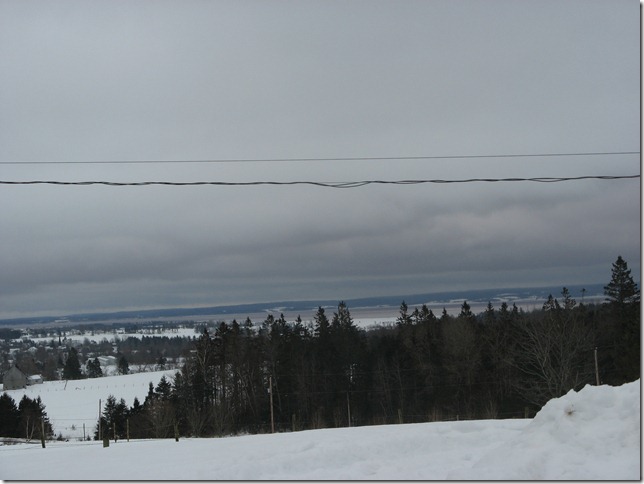 The view down the hill from the farm to the Bay of Fundy.  It’s still overcast and snowy.

We’ve had a most entertaining visit with them all, helping prepare a big chicken dinner for lunch, aka dinner, feeding calves, playing with the cat and just chatting.   Carl’s wife Jessie has been really ill and just got out of hospital, but she is one of the most positive spirited people I know and they insisted we stay the night. 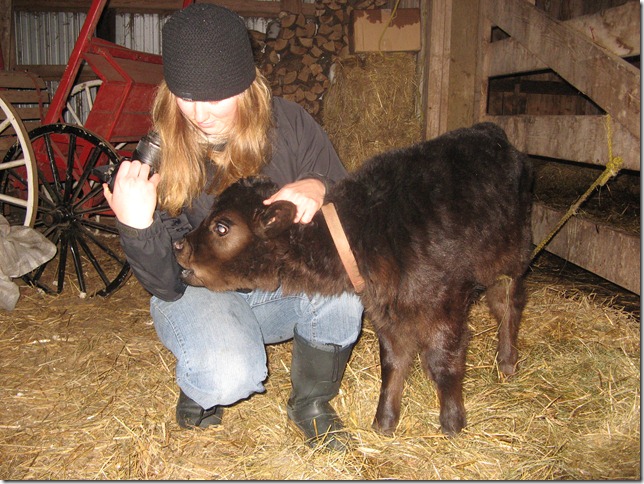 The calves were hungry… 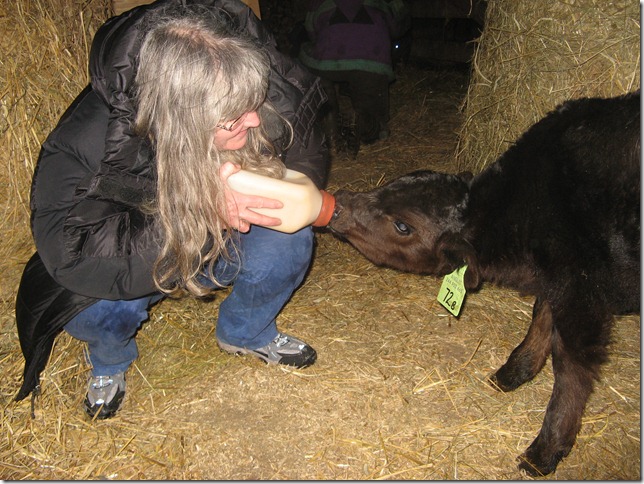 So we had to feed them. 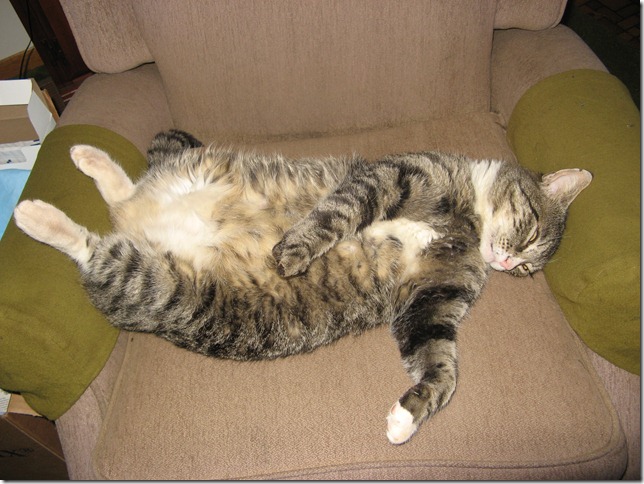 We went to a community dinner at the Canadian Legion hall with Linda and her husband.  Baked beans, brown bread and blueberry grunt.  Delish.  There were door prizes.  They came over and asked me to pull a slip for one of the prizes.  I said “if I pull my own name do I still get to win?”  “Of course.”  And I proceeded to pull my own name and won a nice t-shirt.  Then DD won a bag. 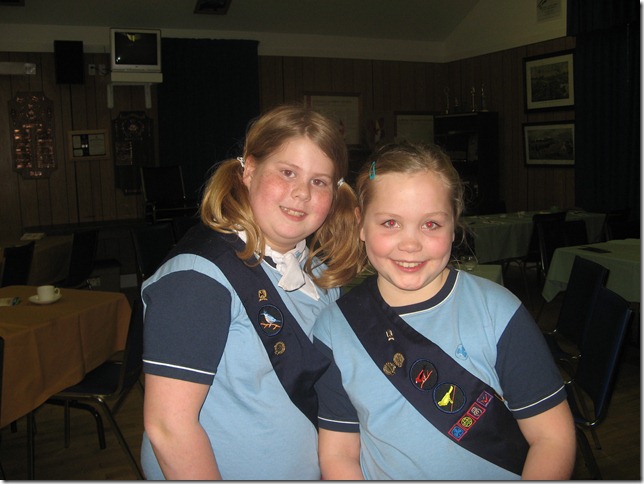 These Brownies were working towards earning badges by helping to serve at the dinner.  They were very attentive waitresses.

Tomorrow a short third leg of the journey.  I’m off to visit my aunt in New Brunswick, while DD hops over to PEI for the day to see some of her friends there.