Sewed absolutely nothing!  I am still quite tired out after the retreat last weekend and a few busy weeks at work.

I travelled to Mayo for work this week.  A five hour drive from Whitehorse and one goes through two small towns in that five hours.  Like many towns in the Yukon, Mayo is situated on a river: the Stewart River.  Although the snow on the ground has left early this year, there is still ice on the rivers. 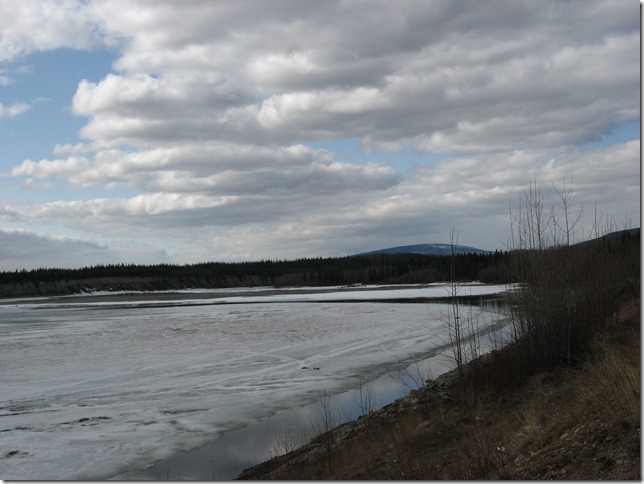 I saw no animals on the trip, other than two wolves that I saw five minutes from my home when I was returning on Thursday evening.  I had a good look at them as we sized each other up for a few minutes but was so surprised to see them that I didn’t even think to pick up my camera.  I had a glimpse of two wolves running off the road back in February.  Other than that I’ve never seen wolves near the road in 35 years in the Yukon.

Speaking of ice on the river, the ice on the Yukon River is a beautiful blue colour right now.  I did get pictures of that…. No touch ups here and it isn’t a reflection from the sky – the ice is really that colour.  I have no idea what causes this…Any scientists out there know? 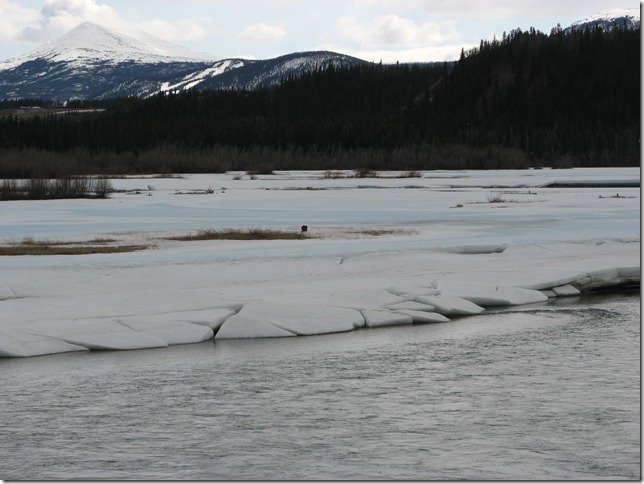 The pussy willows are out, I’ve seen some crocus buds and there is a mating pair of eagles in the area.  Spring is definitely here… 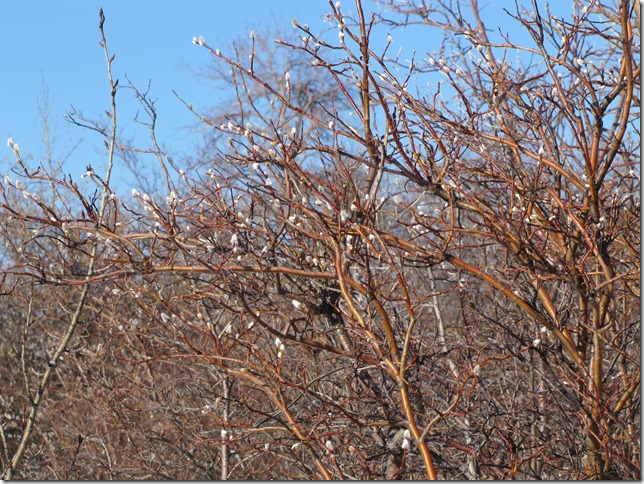