I received great mail on the last Friday of the year; several items that I won in the pre Christmas Blog Hop Party and Sew Mama Sew and lots of other giveaway frenzy arrived, and I am sooooo lucky!

First up I won this lovely pattern from Daphne Greig. 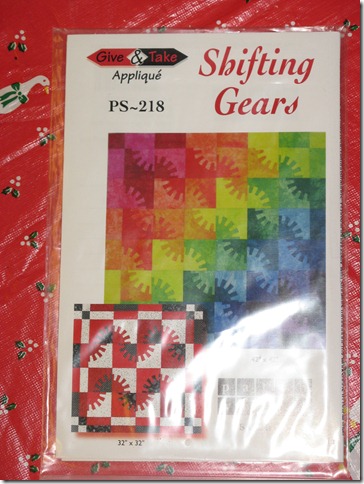 This is such an interesting design and I’m going to have to try it out soon, maybe on a block for a swap

Margaret from Applique Addict picked six different winners for batik charm squares in a range of colours.  I won the blues.  So beautiful!  I haven’t decided what I’m going to do with them yet. 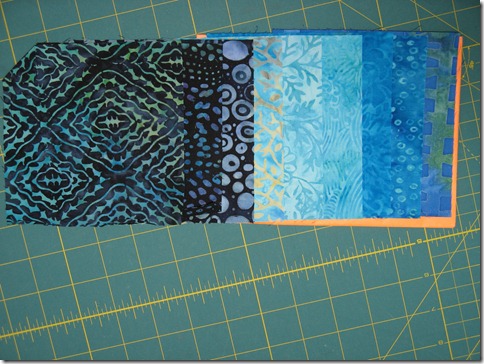 I also won the GRAND PRIZE from Jamie at Terrabyte Farm.  This parcel was so big. DH picked it up from the post office and insisted I open it while he watched. 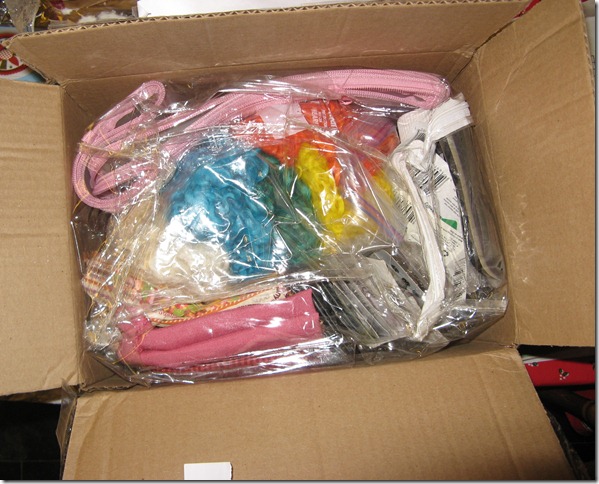 He laughed as I pulled things out of the box one after the other.  There was just so much in there.  And he already thinks I have a lot of sewing stuff His laughing quieted a bit when I showed him the awesome wool from the Terrabyte Farm sheep.   And when he saw the package of heavy duty specialty hand sewing needles he grew really interested.  Remember that hubby sews leather from time to time.  Then he said “Her husband must be a bow hunter.”  This is high praise coming from him.  Jamie has seen told me that no, her hubby isn’t a bow hunter, but I am not passing that message on! 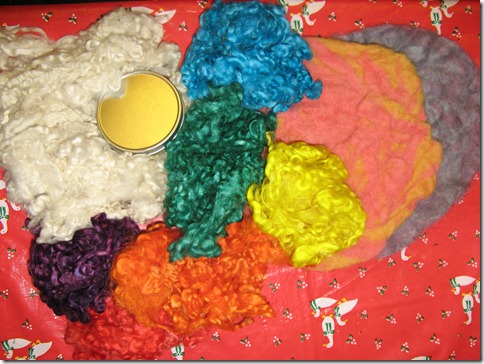 Lovely wool and felted pieces.  In the tin is wonderful beeswax hand salve, also from the farm.  I know just what I’m going to do with the felted pieces. 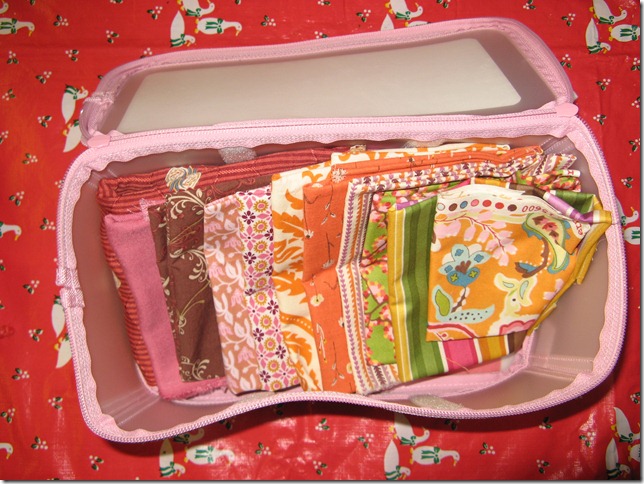 A fat quarter case and almost enough pieces of fabric to fill it.  I love the orangey fall range of colours and there are different fabric weights too. 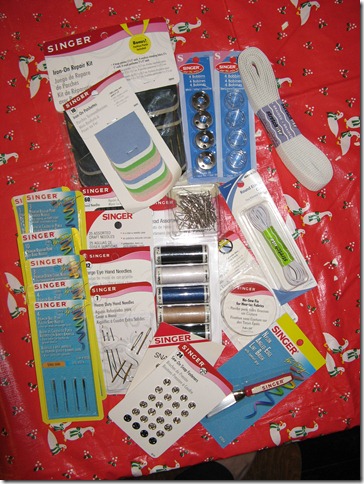 And look at this bounty of sewing notions: hand needles – 4 packages of different kinds, machine needles – 6 packages with four different kinds, thread, bobbins, 2 sizes of elastic, snaps, 2 sizes of iron on patches, a lint brush, pins, needle threaders and iron on fusible web.  Jamie’s sister works as a marketing assistant with the US distributor for Singer.  I will definitely use all of this!  I had been thinking lately that I need to renew my hand sewing needle supply in particular.  Well no more!

Then, as if I hadn’t been spoiled enough, I won a stocking from Robin in the stocking giveaway she organized on her blog.  And oh I was starting to feel overwhelmed with the bounty… The presents from Robin were lovingly wrapped but I tore them open before I even thought about taking a picture.   So I had to stuff them back in the stocking and pretend. 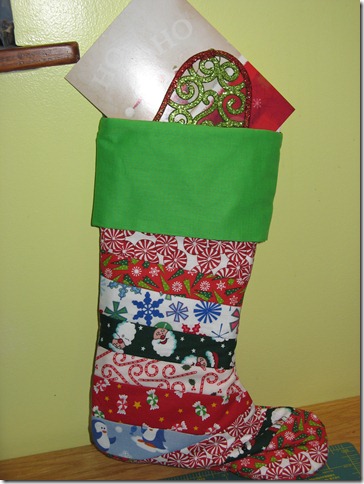 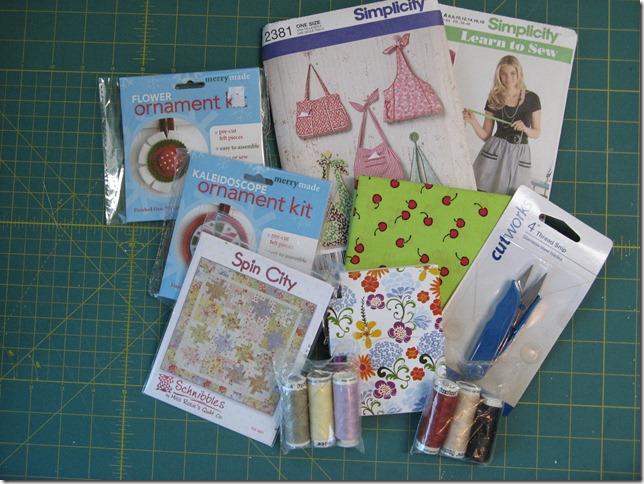 Look at all the lovelies!  A bag pattern, a skirt pattern, a Schnibbles pattern (the first I’ve ever seen), two cute ornament kits, thread snips, a lovely piece of bright fabric (we all know I LOVE bright fabric), a little notebook and pen and six spools of thread.  And a lovely bell ornament that I seem to have forgotten to take a full picture of, but you can see it peeking out of the top of the stocking above.

This package must have been roughly handled at the post office because look at the plastic spools. 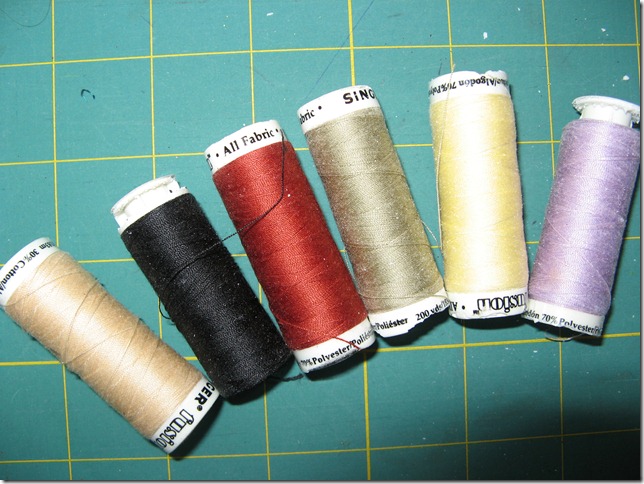 Bits of plastic broken off and floating free in the bags.  Fortunately I have all those new bobbins that I can load them onto.

So I may not have been spoiled in the sewing area at Christmas but I sure was for the New Years round.   Now I just have to get on with some actual sewing!