Your going to start to think that I am going to post everday!  I’m not, I just have a lot of posts to catch up on right now.

DD # 3 came over yesterday so she could finish sewing the apron she was making her boyfriend’s sister for Christmas.  She used to sew freehand when she was very small and I still have a doll that she made.  But she hasn’t sewn for years.  She often says she wants to make something but never follows through, until now.  Here she is hard at work. 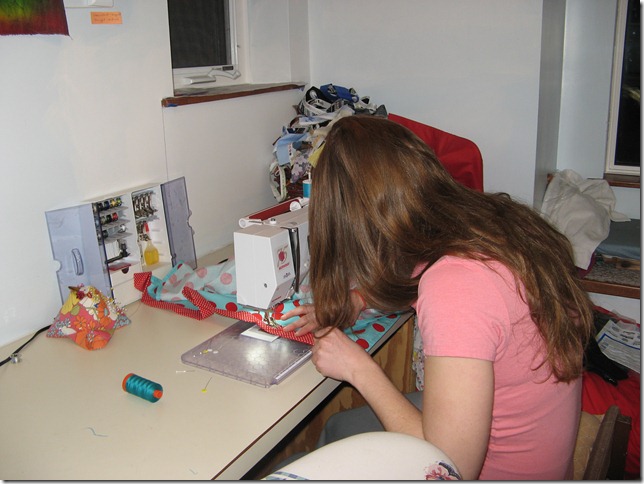 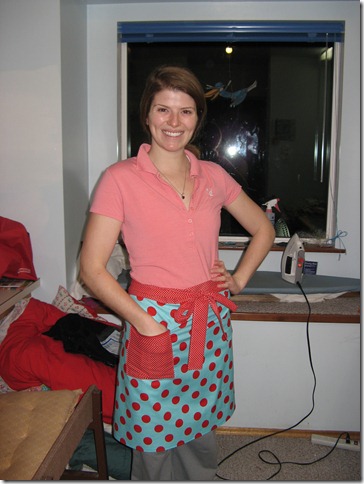 After dinner we played Euchre and partners Cribbage on our new crib board – a gift from DD # 2’s “friend” in Newfoundland. 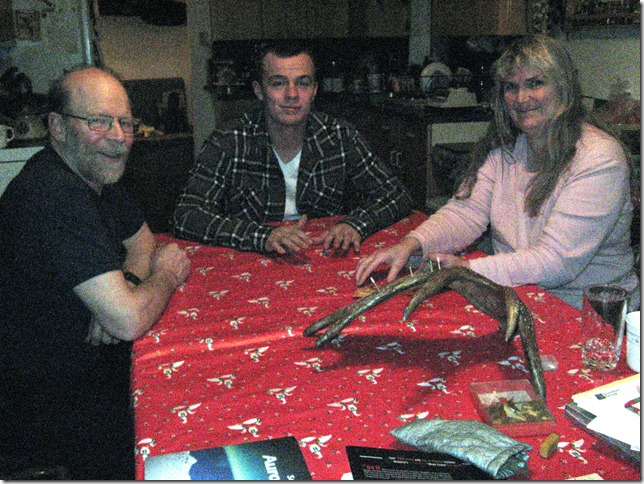 This board is very fun to play on – you go up over the hill and down into the valleys.  (Sorry the photo is terrible.)  This board is made from a moose antler…. 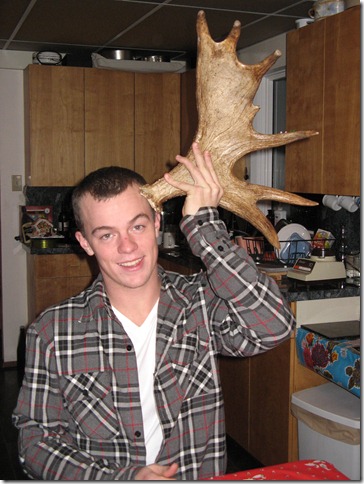 Moose were an introduced species to Newfoundland around the turn of the century (the last century – ie 1900).  Now there are more moose per square inch in Newfoundland than anywhere else in the world; approximately 150,000 moose.

Newfoundland practices the interesting Christmas custom of mummery – people dress in strange costumes and go door to door, where they are fed and plied with liquor.  Music and dance are important pieces of the tradition.   Here is an old time video…it’s sort of like a home invasion…. 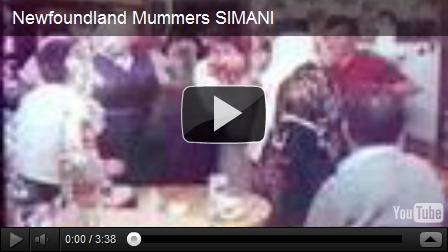 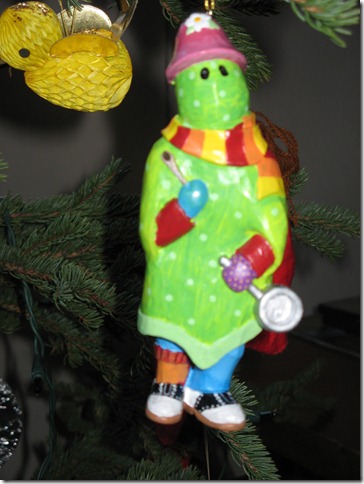