Nosy Parker in the Neighbourhood

I’m linking up with Kat's Nosy Parker in the Neighbourhood project.  It is so interesting how different we are and yet how much the same….


Question 1) Tell us about your home:
Where do you live; (town, state, country that is - obviously not your street address!!)  & what is it like e.g. do you live by the beach or a lake or in the desert etc..., is it famous for anything in particular (e.g. industry), and maybe what is the climate like etc...

I live in a small town in a very large territory. Once on a BOAC flight from England I had a conversation with the flight attendant and she was amazed when I told her that the Yukon is about the size of the British Isles, and there are approximately 36,000 people in the whole territory. In my town there are around 450 people.

My town is about an hour from Whitehorse, the only city in the territory, where there are approximately 27,000 people. The Yukon’s economy is currently booming with mineral resources being the main interest. My town doesn’t really have an economy, although there is some tourism in the summer. My hubby likes to lament that the whole Yukon economy is built on government dollars. I drive the hour each way to work in the big city and have done so for eighteen years.

It is about a three hour flight to the big southern cities of Vancouver, Calgary or Edmonton.  The only other flights we have out of territory are to Frankfurt, Germany in the summer.

Approximately half the people who live in my town are aboriginal and the First Nation has a large presence in the town. 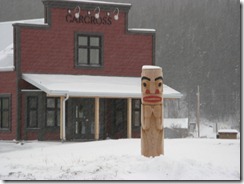 I live within walking distance of huge lakes, a sandy beach, a desert, immense forests and majestic mountains. I love to walk and I know the area near my home well, having tromped around in the bushes far and wide over the years.


Question 2) What are the houses like in your area. Apartment style, Joined, Semi-detached, Detached etc...

There is a huge variety of houses in my town: 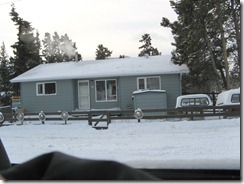 all in a row homes built for First Nation people by the federal government, 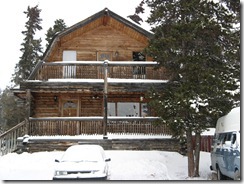 off beat dwellings built by those who came to the north because they could be individuals here and build their houses to their liking, 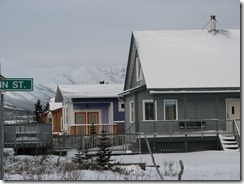 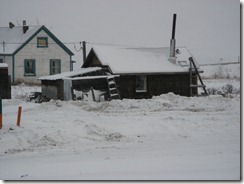 cabins from the gold rush era.

My house is a beautiful four bedroom home, built by my hubby. It is not modern or fancy, but functional and comfortable, with many individual design features that make it a pleasure to live in.  What category do you think it should be in? 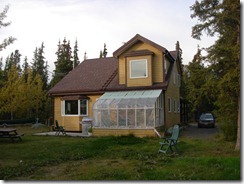 That little gable at the top houses my sewing room

Question 3) What are some of your favourite places to visit or favourite things to do in & about your town/city. - Show us plenty of photos here if you can.


I occasionally like to hang out on the beach on a warm summer day. 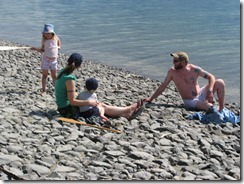 Or just walk on the beach in the long summer nights. 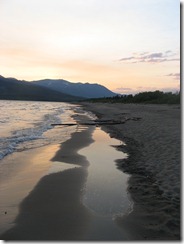 I like to walk, ski, snowshoe in the bush but always have to think about bears in summer. 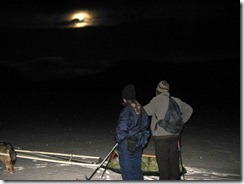 And I love to go out on the lakes. 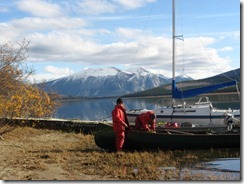 This is what it looks like today at -22C … the front part of the lake is frozen but the back is still open water and there is copious amounts of ice fog in the air. 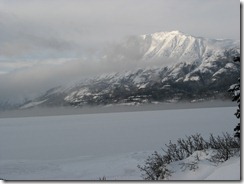 That produces sun dogs. You can just barely see it in the picture below. 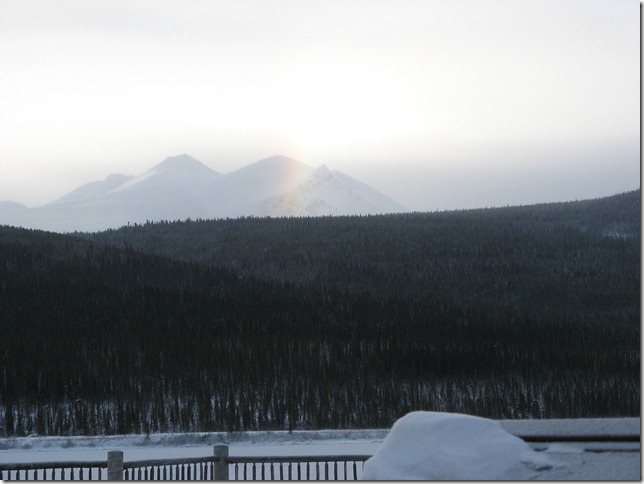 Question 4) How do most people travel around your town/city? E.g. subway, bus, bike, what are the most popular styles of car.

Almost everyone has a truck or a car.  Big trucks, that can plow through the snow, cars with four wheel drive, or cars that save on gas.  Those who don’t have a vehicle hitchhike. In summer some people ride quads; in winter snow machines. Many walk, a few ride bicycles. We have a train which used to be a functioning passenger and freight train, but is now just a tourist ride and runs only in summer. Kids travel to and from school on the school bus. 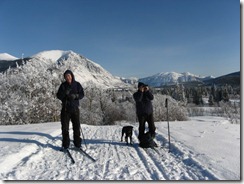 Question 5) Is there a type of food that would be quintessential to where you live? E.g. a famous local produce etc...

Moose meat, caribou meat, trout, grayling (a kind of fish), berries (cranberries, raspberries and blueberries), soapberry ice cream (a First Nation “treat”. These somewhat bitter berries are whipped and whipped with sugar until they sort of look like ice cream but taste like sugar with something bitter in it). Years ago I lived with an elderly first nation couple who ate things like stuffed fish guts (quite good), moose guts (not bad), singed porcupine (disgusting).

I hope you have enjoyed learning a little more about the place I live.  Go check out Kat's blog to see how others live.

Email ThisBlogThis!Share to TwitterShare to FacebookShare to Pinterest
Labels: Nosy Parker in the Neighbourhood