DD # 2 called me last week to tell me that her “friend” in Newfoundland was wondering why I hadn’t posted on my blog.  She said that he talks about the scenery pictures but she thinks he likes the quilting pictures too.

Here is a photo of the full(ish) moon in the morning for you Jamie. 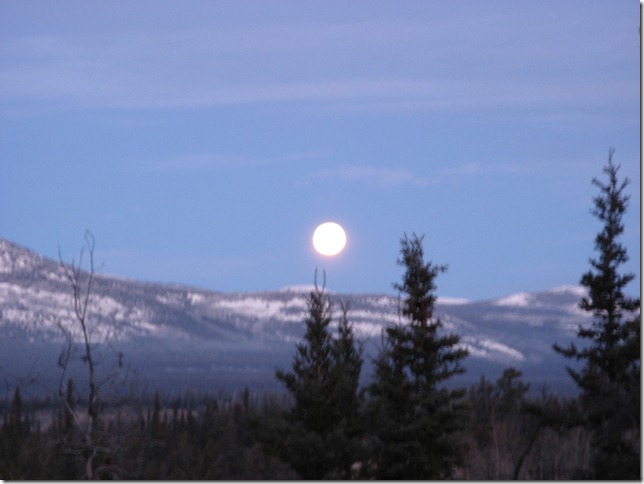 We have had really mild weather this fall and along with that, little snow.  That changed over the last three or four days as it has been snowing steadily.  We now have our winter’s snow.  The weather is still fairly mild though, –15 is the coldest it has been.
I have been working on my table runner for the Flickr Modern Christmas Table Runner swap.  Here it is, finished and ready to mail to a secret recipient.

I hung it on the door to photograph but I’m showing the picture sideways.  Here’s the back. 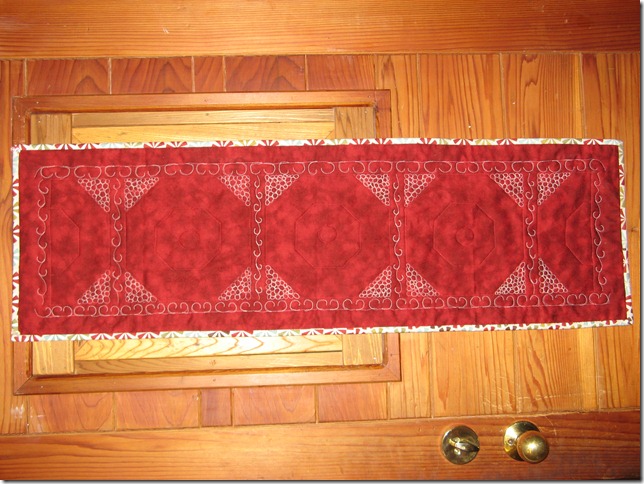 And to link up with Angie's applique parade, a block that is almost finished…. as are so many of my sewing projects… 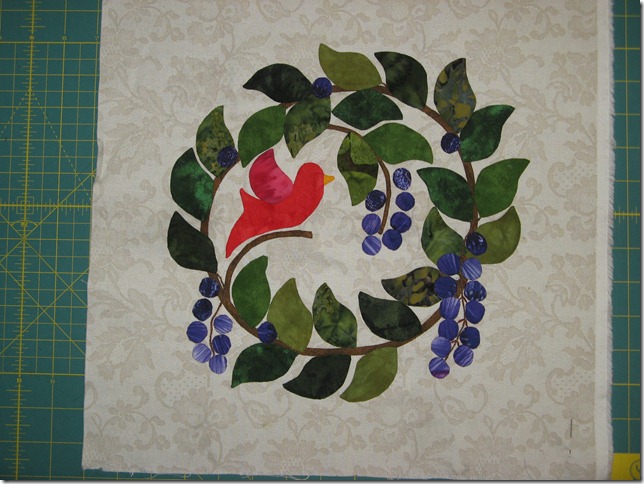 Edited to add - The block above was the class project for a class called Baltimore Basics from Quilt University.  Nancy Chong was the instructor and presumably is the designer of the block.  Just to give due credit....  It was a great class, by the way, from an on-line quilt instruction site.