Swimming and sailing….and a little bit of fabric

I have been very busy sewing this last week on the quilt for DD #2, but I can’t show it for fear she’ll nag me about sewing faster :)  I can tell you Laina that I’m almost ready to start quilting it.  I’m just putting the backing together. And she called this morning to say she’s coming home for a visit on September 29th so I have a deadline!  DD # 2 lives at the other end of the country in St John’s, Newfoundland.

In lieu of sewing pictures let me give you an update on summer fun.  My swimming buddy and I set a goal of 10 for 10 this summer.  We swam in lake number nine the weekend before last.  It was cool but the water was warm.  We actually rated this lake at a 2 for swimming because it is full of glacial silt and you sink right in when you try to walk.  The silt makes the water appear a beautiful green.  It is called Emerald Lake and is a jewel along our highway which millions have photographed. 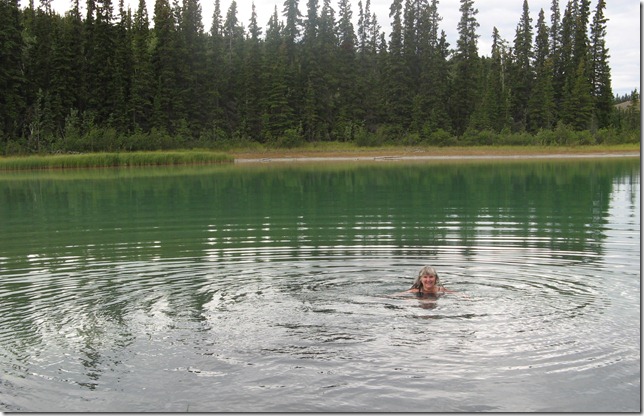 We squeezed in our last dip at Mary Lake one day last week after work.  The air temperature was 10 C and the water felt cold.  It was a quick dip.   Fall was upon us and we were scrambling to get our last swim in before it was too cold.  Of course today it was 22 C when I left work. 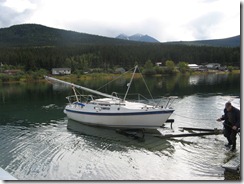 And we launched the sailboat last weekend! 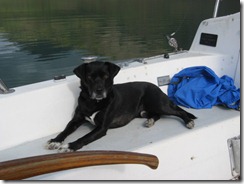 Wouldn’t you know we would pick the calmest day ever in this very windy part of the world to try out our sailboat!  Too funny! 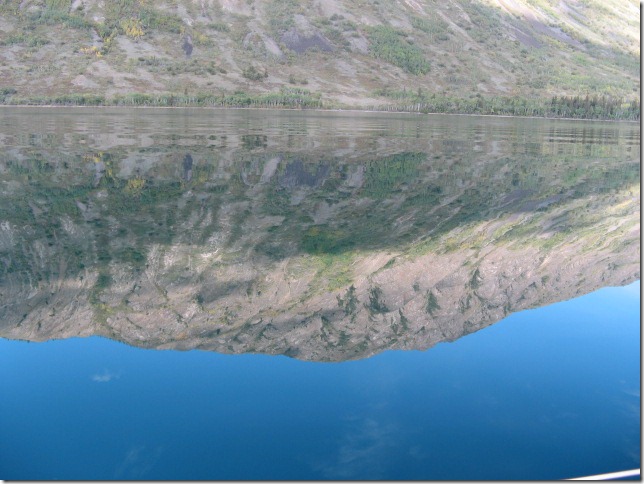 But actually it was great for us non-sailors to have the chance to put everything up and try everything out without having to worry about the wind carrying us away.  And I was surprised how much breeze the sails actually captured on this almost still day.

And finally, a little fabric.  Our LQS (we only have one in Yukon.  The next one in Canada is a thousand miles or more away.  There are a couple across the border though.  Get your passport out!)   brought in this fabric and I love it.  I don’t buy much at our LQS because it’s expensive but it’s hard always buying fabric on line when you can’t really see it up close or feel it.  Often I buy fabric and am disappointed when it comes.  So I decided to splurge on these since I love them so much.  I have no idea what I’m going to make from them but I know some version of something is going to be called “Eat Your Vegetables”.  Just look at those green onions and squash and cherry tomatoes and …. 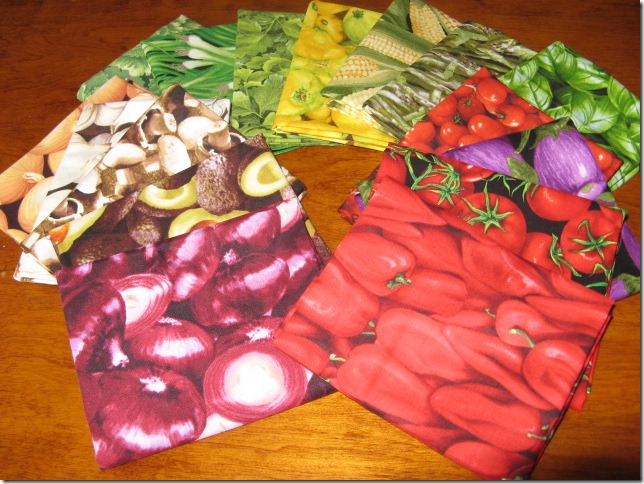