Labour day & gifts in the mail

DH went hunting this weekend.  I opted to stay home so I could sew.  I’m madly quilting my DD#2’s quilt to have it ready for when she comes for a visit at the end of September.  I know many people would be able to whip it up in a day or two, but I’m still learning about FMQ and this is only the second large quilt I’ve done.  I can tell you I won’t be showing too many close ups because I don’t want you to see how many mistakes I’ve made!

Saturday I went sailing with one of my co-owners and some other friends.  I discovered it’s difficult to take a picture of a boat under sail when you’re on it!   We were able to catch some good wind this time and really try sailing.  My friend told me that there is a saying that anytime spent sailing doesn`t get deducted from your total life span.  I like that! 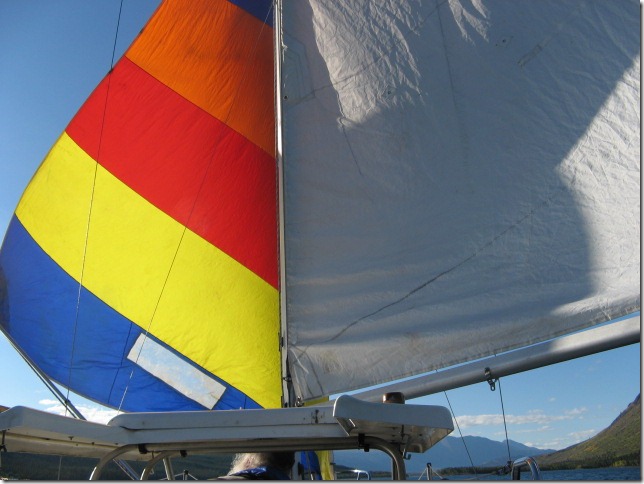 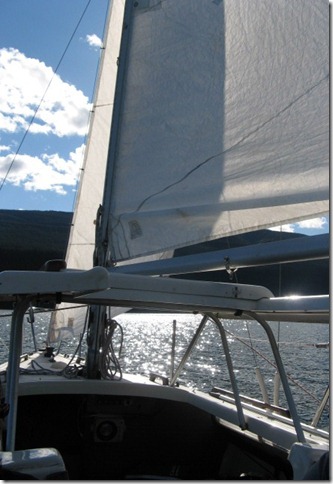 We were joined by this fellow…. 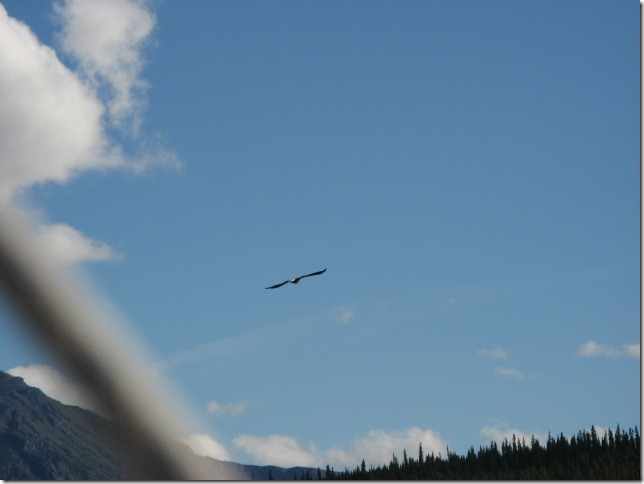 Earlier in the summer I showed some pictures of fireweed, a beautiful purple wildflower that grows here in abundance.  Well I believe THIS is why it’s called fireweed… 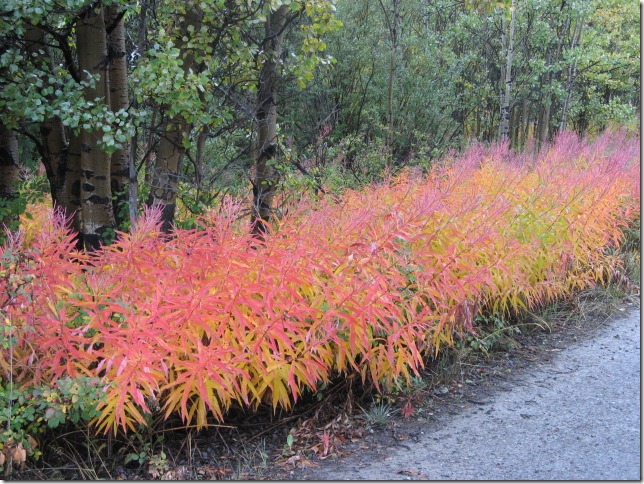 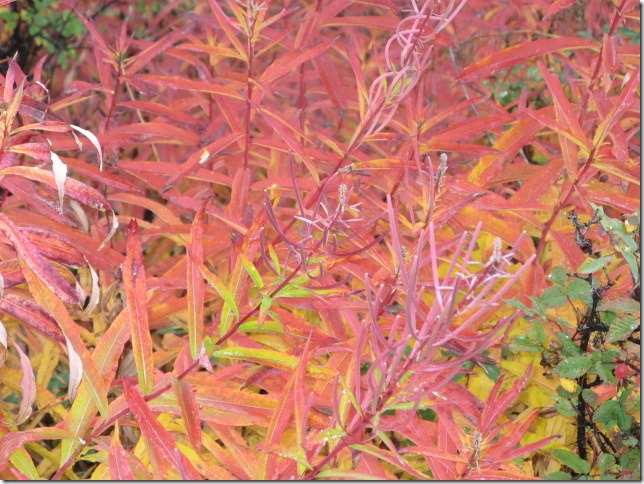 It was a dull day and I couldn’t really capture the brilliance on my camera.  Suffice to say that on a glance one could think there was a fire burning.

I have got some things in the mail in the last while that I haven`t showed. I won a giveaway on Cyndi`s blog Stitch Stitch Stitch.  She sent me this gorgeous Christmas fabric and her snowball stitchery patterns.  As an extra she sent me two other patterns she has done, one for an elf quilt and one for a monster book. 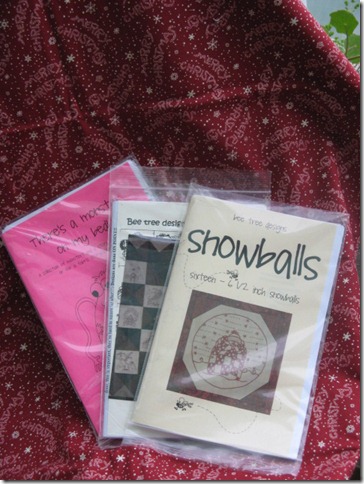 Then I won another giveaway on Cyndi`s blog!! This time I got this layer cake 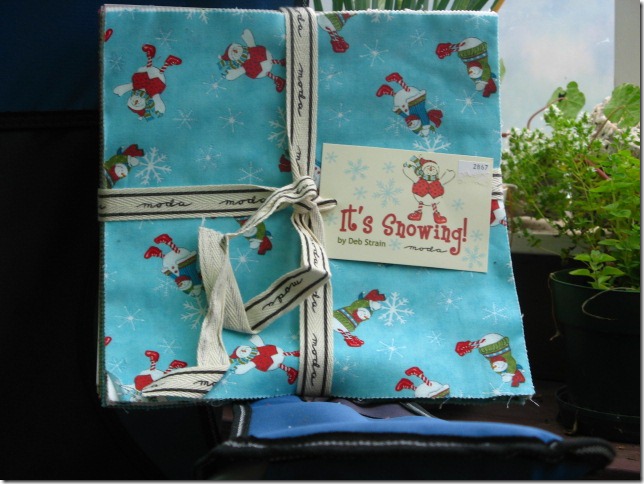 and she sent me another one of her patterns – this one for Baskets a Plenty quilt blocks.  I think Cyndi has a snowman theme going on here and I think I have inherited it!  These are such lovely gifts and I`m so glad to have some of her designs to try out!  Thanks so much Cyndi!

A little while ago I entered a giveaway for fixings for a Crazy Quilt on Pat`s blog http://quiltingcanbefun.blogspot.com/.  I didn`t win the giveaway but Pat sent me a parcel stuffed with goodies anyway.  Pat you spoil me!  Thank you so much. This is such fabulous stuff and I can`t wait to try a Crazy Quilt! 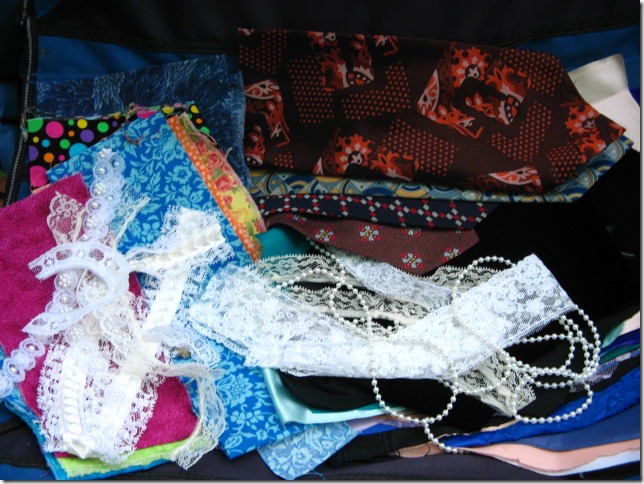 And then the other day I received a few blocks from Erin at My Patchwork Life.  I had received a chain letter which involved receiving and sending out purple squares.  Since there was so much purple in the scrap package Erin sent me in the spring I was pretty sure she liked purple so I sent the letter on to her.  And here are the wonderful purples she sent.  Thanks Erin! 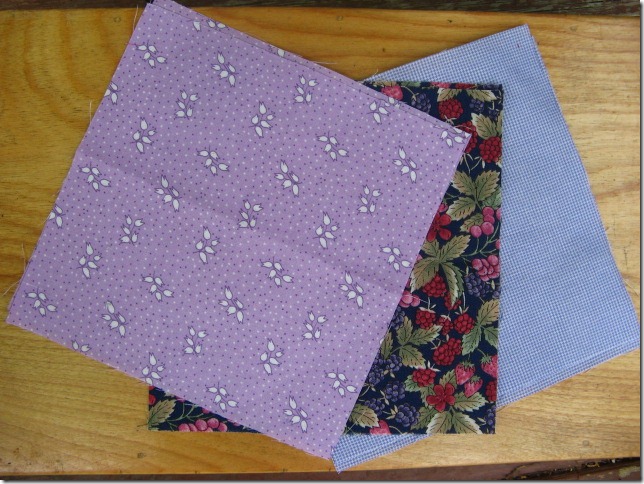 I`ve been busy trying to get things in from my garden as well as sewing.  Fall is a crazy time of year.