We had our last morning in Hawaii on Monday and an exciting morning it was.  There were a group of whales – Humpbacks go there in January to March to breed and calve – in closer to shore than any we had seen previously.  We did see them everyday we were in Hawaii.  This day we had a fantastic view of them and we were convinced that there was a female giving birth. 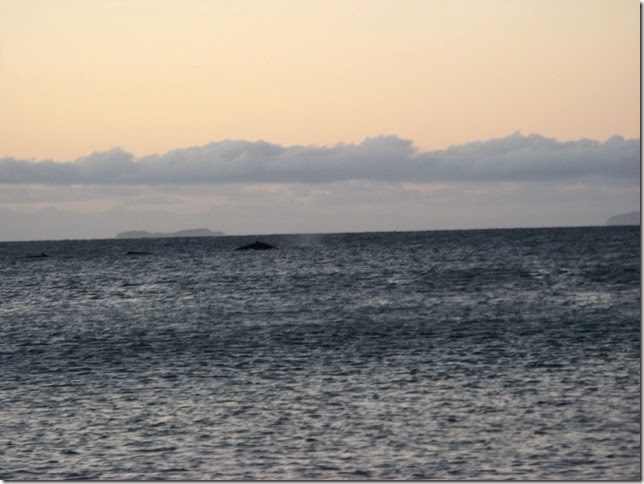 My camera only has 6x zoom… We figured they were about 400 yards out and we had a very good look at them through the binoculars.

Then there were about 50 turtles feeding and we again got to look at them up close – like a couple of feet away. 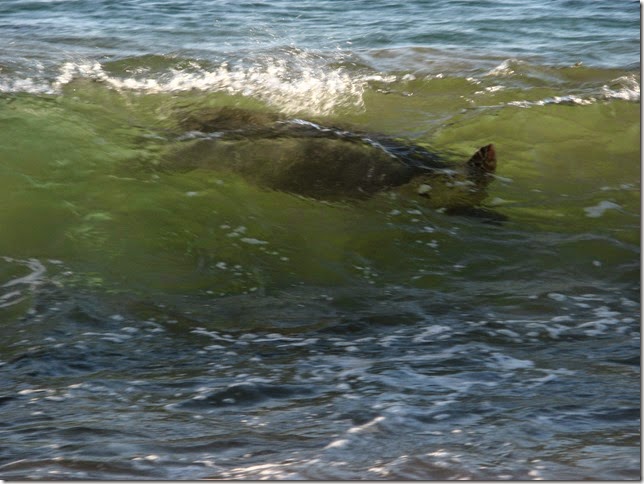 And I know I said I wasn’t going to show the dead fish, but this is too intriguing… Two days out and the fish is shrinking as the crabs feast on it… 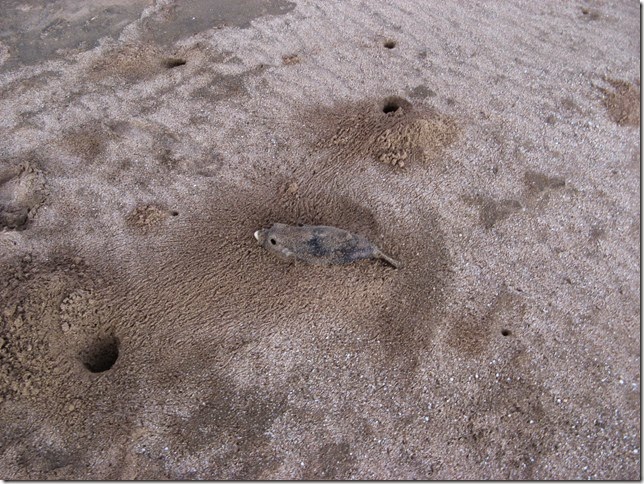 I had a day off work when we got home.  I planned it that way as I knew I had to sew a block for the 2015 Canadians bee swap.  This is a Bonnie Hunter block and the original tutorial for it is found here http://quiltville.blogspot.ca/2005/06/scrappy-mountain-majesties.html

Our bee bunny of the month wanted bright modern fabrics paired with low volume.  Hopefully I did it right. She asked that we not sew the four pieces together as she wanted to play with layout.   I love how it looks. 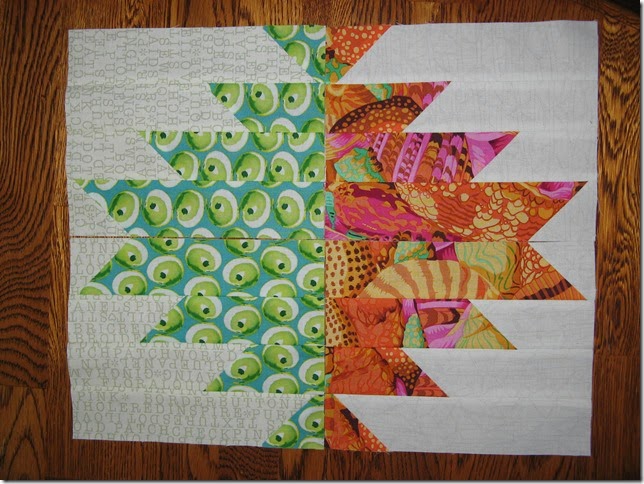 I have to make two Valentine’s postcards this weekend so I’m lined up to sew…  What do you have planned for your weekend?