Hi, it’s been a long time and a giveaway

I’ve been busy the last few weeks fighting with my nemesis, the big D.  Down in the dumps, digging for doomsday, in the depths of despair, with depression.  Darn and drat. But I’m on the uphill side of the dip in the road and hopefully on to happier things this week.

I haven’t done any sewing for a couple of weeks.  I did finish two swap items prior to that, both of which were overdue.  But I haven’t heard that either of them have arrived so I won’t show them yet.

I can show the third place mat I made at Easter.  It was for my DD#2’s boyfriend’s daughter and DD finally sent me a photo.  Isn’t it the cutest fabric!  And an I Spy all on it’s own. 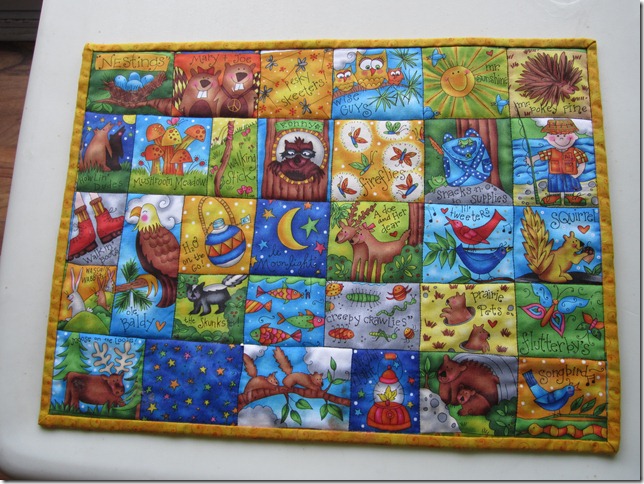 DD also sent a photo of the Grandmother’s Flower Garden quilt at its current stage.  It’s getting there! 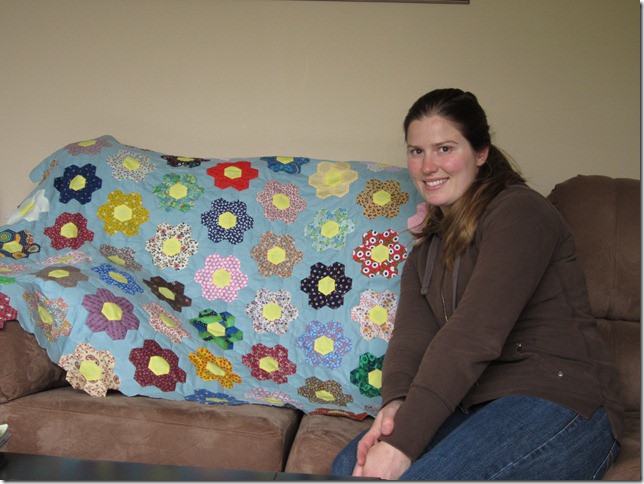 DH has been working at the next town over – 35 minutes down the road and he has seen a bear or three everyday on the way to and from work.  I have a couple of pictures to show you.  This first one is a beautiful grizzly bear.  The colour in this photo is not that great but the head shot is. 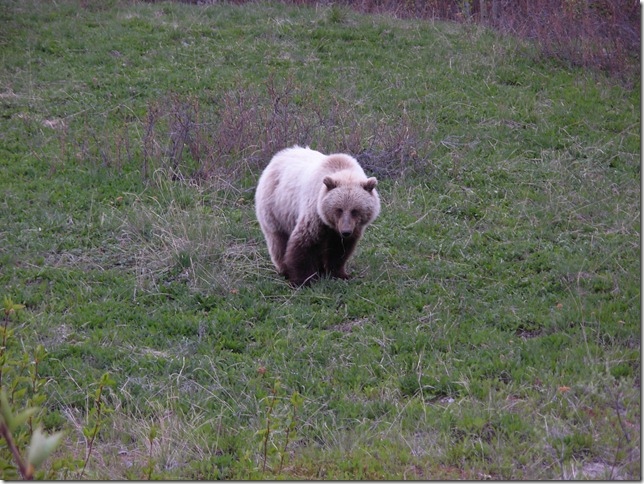 Here’s another with better colour.  Isn’t this bear gorgeous! 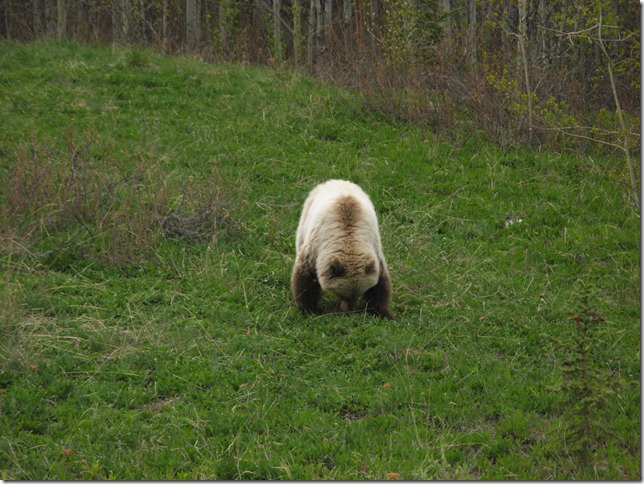 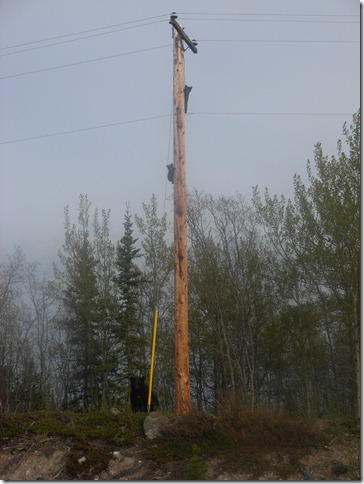 Our weather has been grey and cold up until the last two days.  I finally planted my garden.  It is late and who knows if I’ll get any food out of it, but maybe fall will be late.  I have potatoes, carrots, parsnips, Swiss chard, peas, lettuce, radishes and Joy Choy.  In the greenhouse there are some tomatoes and zucchini plants that were given to me.  I think I’ll plant some beans tomorrow.

It was my intention to do a giveaway of the two place mat panels and now that I have a photo I am going to do that.  One panel like the I Spy one above and one pirate panel as pictured on this post.  This will be a quick turnaround giveaway – closing tomorrow at midnight Pacific time and I’ll post the winners on Tuesday.  Please just leave a comment if you want to enter.  Let me know which one you like and I’ll put your name in for that one, or if you like them both you can have your name in both draws.

I have some happy mail receipts to show so I’ll be back with them soon.